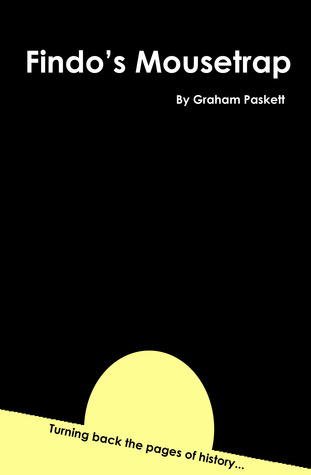 Findo’s Mousetrap is the debut novel from author Graham Paskett. It’s a modern romance that melds the Stone Tape Theory, an Anglo-Scottish laird, and Irish-American media luvvy, and high tech computer technology to unravel mysteries that have been lost to the mists of time. Findo’s Mousetrap follows the adventures of Findo Gask and his trusty friend Mac as they and the Mousetrap solve a Royal mystery, a petty theft, and gain notoriety for their unique invention that can unlock events and emotions that have been recorded and held in the very fabric of buildings. Join Findo and his friends on an unforgettable journey.

“He knew at that very moment that he was sitting on the edge of a precipice, get his footing wrong and his whole world could come tumbling down…”

When significant events take place the dramatic scenes can be trapped inside the stone and brickwork of surrounding buildings. When a series of very specific conditions are met, those images are released – rather like old magnetic recording tape – and the whole event comes back to life. This is when people see ‘ghosts’.

It is also the basis of the Stone Tape Theory and a young Scottish aristocrat, Findo Gask, and his business partner and friend, Andrew McCubbin, have discovered what it is that triggers the release of those images frozen into the stone and brick. They call their computer-based system Findo’s Mousetrap.

Mousetrap was the name given to the camera used in 1835 when Henry Fox Talbot took the world’s first photographic negative at Laycock Abbey in Wiltshire in England.

By applying their science Findo and Andrew are able, quite literally, to turn back the pages of history.

Join Findo and his friends on an unforgettable journey.

I liked this story, it had a nice flow and I was able to wrap myself up in it. In the beginning it was all about Findo and his business partner Mac, and their gold mine of an invention which brings history back to life. This invention brings Findo a lot of attention, especially from the media. He is interviewed by a major TV network, and there he meets Dympa Doyle.

Dympa Doyle is a red haired beauty with a self-destruct button triggered by alcohol. Her producer asks her to get to know Findo better. Findo and Dympa share a mutual attraction, and almost im

mediately they fall in love.

My favorite character is Dympa. She has this fiery attitude and isn’t afraid of anyone, even Sir Findo, Findo’s father, *spoiler alert* who threatens his son to exclude him from his estate and his inheritance if he doesn’t stop with his mousetrap idea. Dympa stands up to him, and announces she will fund Findo’s dreams! (Of course this was after a bit of Irish whiskey!) 😉

My problem with this story is that I’m not certain what the main point of the book was. Once the romance started, the Mousetrap took a back seat. Findo’s plans for the Mousetrap never came to fruition. A lot of loose plot threads weren’t tied up when it ended, which was disappointing.

Overall, I liked this novel, and I am giving it three out of five stars.

***I was given a paperback copy of Findo’s Mousetrap in exchange for a fair, honest, and thoughtful book review.

Are you interested in a novel that blends inspiration from the Stone Tape Theory with a transatlantic romance? Purchase, here! 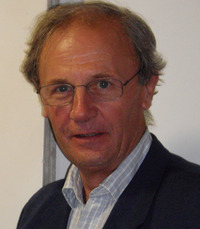 Graham Paskett began his career as a cub reporter on a weekly newspaper in Coventry and, after completing his training, worked on several newspaper titles in the UK before moving into public relations in the oil industry. He now runs a successful PR consultancy business, Paskett PR, specialising in gardening and retail.

His real passion is the countryside and he is very proud of his Scottish ancestry, spending a lot of time North of the Border salmon fishing. For almost 30 years he and his wife have driven past the signs to the small Perthshire village of Findo Gask en-route to the Speyside fishing. It was there he first met the Grants, owners of the Glenfarclas Distillery, and was introduced to their 17-year old malt whisky.

Graham started writing Findo’s Mousetrap on a trip to Australia in 2000 but it was in 2011 that he really focussed his full attention to completing the story, finally releasing the book on Kindle in 2012. —Goodreads Author Bio