Now that his secret is out, Michael Sinclair finally agrees to join paranormal superstar Luke Rainer and the Cemetery Tours crew on an investigation. Not just any investigation. The biggest investigation of their career. Once home to the wealthy Sterling Hall and his beloved wife, Joanna, Stanton Hall Manor in Maine is famous for the love story that inspired it… and the ghosts who now inhabit it. For Luke and the crew, Stanton Hall is a dream come true. Unfortunately, some dreams turn out to be nightmares.

Luke needs Michael’s help, because the owner at a location he wants to investigate, specifically requested Michael. Now he just needs to get him on board!

Michael, after being coaxed by Kate, agrees, and off they go to investigate Stanton Hall Manor, a haunted mansion in Maine.

But this isn’t an ordinary ghost hunt. This mansion has a dark past, and Michael finds himself in a predicament that even Luke himself didn’t see coming. The crew is in danger, and Michael is the only one who can help.

Between Worlds, by Jacqueline E. Smith is Michael Sinclair’s story. And when you have Michael, you get his ghostly sidekick Brink! -Lovable, hilarious Brink! 🙂

It has been awhile since I read Cemetery Tours, so I was absolutely delighted to read Between Worlds, and fall back in love with the characters all over again. ❤ I really missed Michael, Brink, Kate, Gavin, and Luke! Cemetery Tours is a series I could read FOREVER! I would love to see more CT books from the perspectives of ALL the characters!

Overall, Between Worlds is an excellent, new-adult paranormal romance, with lovable ghost-hunting characters, that I absolutely would recommend to a friend. I love this series, and I look forward to the next installment!

Between Worlds gets 5 out of 5 Ghosts! 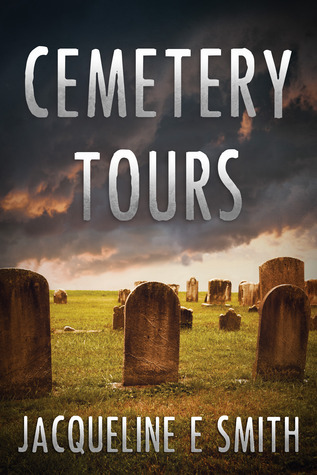 Some secrets are best kept laid to rest. At least, that’s as far as Michael Sinclair is concerned. At twenty-seven, he has spent his entire life pretending that the ghosts he encounters on a daily basis do not exist. Now, if only the dead would let him rest in peace. Unfortunately, that doesn’t seem likely, especially after Kate Avery and her ailing brother, Gavin, move in next door. Kate and Gavin are haunted, and not by a dearly departed loved one. This spirit is aggressive, menacing, and harboring a dark resentment toward Gavin. In spite of every instinct advising him to walk away, Michael finds himself seeking to uncover the mysteries of Gavin’s past and falling for the bright and lovely Kate. Yet competing for her affection is Luke Rainer, television’s hottest celebrity ghost hunter and the only (living) person to know Michael’s secret. But the dead have secrets, too. Some will go to any length to withhold what should have gone with them to the grave, while others will risk everything to make their voices heard, even if that means putting another’s life at stake. Now, for the sake of friends and strangers alike, Michael must choose between preserving his cherished anonymity and lending his aid to those for whom all hope seems lost.

Have you read Cemetery Tours? Check out the first novel in the series! 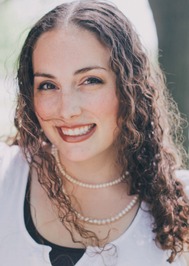 Jacqueline Smith was born and raised in Dallas, Texas. She attended the University of Texas at Dallas, where she earned her Bachelor’s Degree in Art and Performance in 2010. Two years later, she earned her Master’s Degree in Humanities. Along with writing and publishing, Jacqueline loves photography, traveling, and nature.

***I was provided with an e-copy of Between Worlds in exchange for a fair, thoughtful, and honest book review.