Braineater Jones wakes up face down in a swimming pool with no memory of his former life, how he died, or why he’s now a zombie. With a smart-aleck severed head as a partner, Jones descends into the undead ghetto to solve his own murder.

But Jones’s investigation is complicated by his crippling addiction to human flesh. Like all walking corpses, he discovers that only a stiff drink can soothe his cravings. Unfortunately, finding liquor during Prohibition is costly and dangerous. From his Mason jar, the cantankerous Old Man rules the only speakeasy in the city that caters to the postmortem crowd.

Cracking this case is a tall order. Braineater Jones won’t get out alive, but if he plays his cards right, he might manage to salvage the last scraps of his humanity.

What’s It About?
“There had to be rules, had to be reckonings. That was dealt with, but there was no reckoning for my own death.”
Braineater Jones wakes up dead, in the bottom of a pool, with no memory of how he got there. On a mission to discover his past and seek revenge, he meets a lot of interesting characters along the way, including a severed head named Alcibe and an aborted fetus soaking in a mason jar of alcohol – who runs a bar.

My Thoughts
“I woke up dead this morning.”
Sometimes disgusting, but mostly hilarious – I really enjoyed this read. I was curious as to how he got himself into his predicament and was eager to turn the pages to decipher the mystery. I also liked the twist that the zombies had to drink alcohol to pickle their brains in order to calm their cravings for human flesh.
I liked the first person point of view and enjoyed the narrative. Since Braineater Jones couldn’t remember his past, there was little to no backstory, propelling this story forward. Truly, there was never a dull moment.
The odd and unlikely friendship between Braineater Jones and Alcibe, the severed head, was hysterical. Their constant banter made me laugh.
What kept this story interesting was that it seemed like whenever Braineater Jones would discover a new clue, he would have several more questions. I felt as clueless as he did and was surprised by all the unpredictable twists and turns of this story.
This book is definitely not for the easily-offended, or the squeamish, but if you enjoy noir mysteries about zombies, I would recommend adding Braineater Jones to your to-be-read pile!

In the interest of full disclosure, I received an ARC of Braineater Jones, from Red Adept Publishing, in exchange for a fair, thoughtful, and honest book review. This in no way swayed my opinion or rating.

“It’s a fun read with all the gore and violence a zombie novel needs set in the vivid alternate reality of prohibition era Chicago. Mobs, the drunken private eye and a twisted, excited mystery is was makes this book so addictive. It is certainly written for mature audiences with a strong stomach however.” –Horror Made 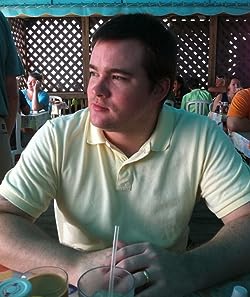 Stephen Kozeniewski (pronounced “causin’ ooze key”) lives with his wife and two cats in Pennsylvania, the birthplace of the modern zombie. During his time as a Field Artillery officer, he served for three years in Oklahoma and one in Iraq, where due to what he assumes was a clerical error, he was awarded the Bronze Star. He is also a classically trained linguist, which sounds much more impressive than saying his bachelor’s degree is in German. —Amazon Author Bio