Ellie Jordan’s job is to catch and remove unwanted ghosts. Part detective, part paranormal exterminator, Ellie operates out of Savannah, Georgia, one of the oldest and most haunted cities in North America.

When a family contacts her to deal with a disturbing presence in the old mansion they’ve recently purchased, Ellie first believes it to be a typical, by-the-book specter, a residual haunting by a restless spirit. Instead, she finds herself confronting an evil older and more powerful than she’d ever expected, rooted in the house’s long and sordid history of luxury, sin, and murder. The dangerous entity seems particularly interested in her clients’ ten-year-old daughter.

Soon her own life is in danger, and Ellie must find a way to exorcise the darkness of the house before it can kill her, her clients, or their frightened young child.

“The dead are not our concern. We’re here to protect the living. We stand on the border between the world of light and darkness beyond and there aren’t very many of us. The world is teaming with the dead.”

Ellie Jordan, Ghost Trapper is a female-driven, paranormal, urban-fantasy novel about a small group of ghost-hunters who investigate a house in Savannah, purported to be haunted. By taking on the job, they are given more than what they bargained for, when things go from bad to worse…

My Thoughts
I really liked this book. Ellie is a strong, super-heroine who traps ghosts and protects the living from violent, restless spirits who don’t realize they are dead. As interesting as Ellie is, the histories of the ghosts who reside in the Treadwell’s future bed and breakfast blow her out of the water. The restless spirits, who I would consider secondary characters, were as fleshed out as the main, living characters.

My favorite character was Mercy. I was surprised when I learned why she haunted the Treadwell’s home. She was a very misunderstood spirit!

The conclusion of this story was very satisfying. I would recommend this novel to fans of the paranormal.

***In the interest of full disclosure, I received this novel in exchange for a fair, honest, and thoughtful book review. This in no way swayed my opinion, nor rating.*** 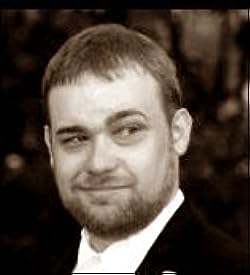 J.L. Bryan studied English literature at the University of Georgia and at Oxford, with a focus on English Renaissance and Romantic literature. He also studied screenwriting at UCLA. He lives in the metro Atlanta sprawl with his wife Christina, where he spends most of his day serving the toddler and animal community inside his house. He is the author of the Paranormals series and the Songs of Magic series.