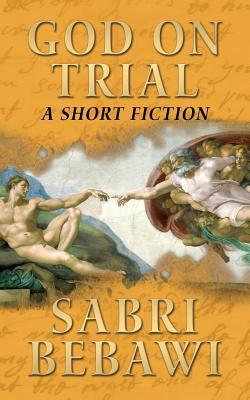 For the main character of Sabri Bebawi God On Trial, each moment brings a torment of some kind. The character is extremely intelligent and yet disturbed by thoughts that never cease, as well as memories that evoke strong responses, eventually leading to a confusion of time and current reality. Indeed, as time progresses, the confusion grows worse; his reality rarely merges with truth. Paranoia and hallucinations take over his mind and thoughts, provoking dangerous responses on his part.

As this deterioration advances, his connection with his wife becomes tenuous in that she is not able to understand the dimensions of his personal reality. He may have little intellectual connection with his wife, but one portion of his thoughts remains largely coherent. In an attempt to gain some recompense for his suffering – and possibly to protect others from similar problems – he wishes to put God on trial. With little sleep or rest, he begins to gather the data needed for such a task even as his life begins to fall apart. His rage against God takes on new proportions as he develops the case; reviewing Holy Scripture, he in fact finds God culpable in the most heinous of crimes against humanity. The case envelops his imaginings, isolating him from those who care about him most.

This disturbed man is presented in Bebawi novel as a remarkably compassionate person who has experienced the worst of life in his various ailments. He is certainly representative of much of the reader’s own private questionings of God and the trials that are faced by even the most innocent. Even in the midst of obvious hallucinations, he provides a lucid argument against God, definitely not the ravings of a madman.

And yet mental illness is one of his problems, the most prominent one during the action of the novel. Following his thoughts through various mental states, the writing in Bebawi book is chaotic but not confounding; it is more disconcerting in that the reader witnesses the suffering of such a kind and intelligent man in the midst of mania and delusion. Bebawi skillfully leads the reader through the meanderings of his mind and leaves the indelible impression of a man who did not deserve his fate. Too, the writing is obviously sympathetic toward those with mental illness without being condescending or overly dramatic in its representation.

By presenting the argument against God within the context of the thoughts of a mentally ill person, Bebawi may be providing a “safe” place for such discussion. Some may dismiss the case that the character is developing as that of delusion, and yet there are those in the novel who find it remarkable. Following the main character as he gathers his information from the various religious texts, the reader may make a similar conclusion. Or, if religious, he or she might simply find a common ground with this man in his suffering and the rage caused by it. Bebawi leaves such a decision up to the reader and his or her conscience.

This intricate story is so captivating with such vivid, detailed characters, that readers will fall in love with this book. Even within the space of a short novel, Sabri Bebawi is able to present difficult – and often private – questions of life, God, and reality in the harsh existence of a mentally ill man. Through smooth prose that expresses the man’s desires, Bebawi provides the reader with not necessarily the answer to whether or not God is guilty of crimes against humanity, but rather the context in which to begin answering those questions. The fictional space of the book provides only the beginning of this discussion, and yet it is a powerful beginning.

God On Trial ( A Short Fiction)

I won this novel in a contest, and upon the Author learning I was a book reviewer, was asked to review this book. This in no way swayed my rating or opinion.

For starters, I really liked this book for its subject matter. It held my attention and I was eager to turn the pages to find out what would happen next. Yesterday morning, I only planned to read a couple chapters, and wound up nearly finishing the entire book, (I was at 90%). I love it when a book captivates me to the point that I cannot put it down!

With that being said, it isn’t particularly well written, and can certainly stand a round of editing. –(My Grammarly app is lighting up like a Christmas tree regarding the synopsis). Despite these problems, I was so intrigued by the subject matter of a schizophrenic man wanting to bring God to trial for crimes against humanity, that I didn’t care about the before mentioned issues.

I loved the lawyer, Julianna; albeit a hallucination, still a fascinating character. I felt sympathy for Sophia, the wife, who supported her husband through his delusions and sought to get him help. The Author makes it clear whether or not “the disturbed man” is having a delusion or not, so the reader is able to determine if he is having an episode or if he is experiencing reality. -Thank goodness for that, or this would have been a very confusing read.

Definitely worth a read, and the price is right at $1.99 for Kindle. 🙂

Overall, I would recommend this read to fans of books where the protagonist is mentally ill and on a mission. -Such as Silver Linings Playbook. 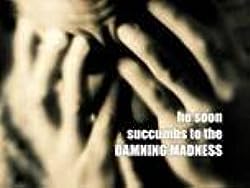 The middle of five children, Sabri Bebawi was born in 1956 in the town of Fayoum, Egypt, where he attended law school at Cairo University. He then left Egypt for the United Kingdom. He was invited by Oxford University, where he spent some time, and never returned to Egypt. A few years later, after living and working in England, Italy, France, and Cyprus, he took refuge in the country he loved most, the United States.
In California he studied communications at California State University, Fullerton, then obtained a master’s degree there in English education. Later he worked at many colleges and universities teaching English as a second language, freshman English, journalism, and educational technology. He did further graduate work at UCLA and obtained a PhD in education and distance learning from Capella University.
Although English is his third language, he has published many works in English on eclectic topics. It has always been his ambition to write novels, and this is his first attempt. As English is a foreign language to him, the task of writing a novel has been challenging.
As a child, Bebawi struggled to make sense of religions and their contradictions; in fact he grew up terrified of the word God. As he grew older and studied law, as well as all the holy books, he developed a more pragmatic and sensible stance; the word became just that—a word.