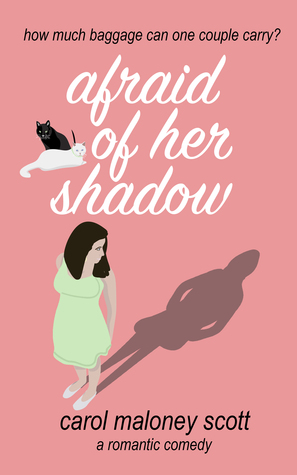 Forty something, self-proclaimed cougar, Rebecca is committed only to her cats and her career. Her veteran single girl lifestyle has been peaceful and happy – that is until she started dating age-appropriate Steve, an entomology professor with a sweet smile and demeanor to match. Who knew an insect scientist could be so appealing?

The problem? Steve is a widower with baggage to spare. Memories of his late wife fill his home. Smiling photos and jars of bugs serve as constant reminders of Steve’s continued attachment to his dearly departed wife, Noreen, who shared his passion for creepy crawlies!

Now that Rebecca is facing her commitment phobia by moving in with Steve, she is becoming more unhinged. Behaving more like her zany friends than her level-headed self, she burns her butt at the tanning salon, crashes on energy drinks, and even loses a hamster. Throw into the mix a few delusional relatives, a sarcastic teenager, and a fluffy dog who sheds a new dog every day, and Rebecca doesn’t recognize her old self.

And if that isn’t enough to push her over the edge, her smokin’ hot ex returns, reminding her of a simpler time with a man who carries no more baggage than a wallet.

“How did I go from a cat loving, single career woman who goes out on the weekends and has fun — to someone who lays on the floor in an insanely sexy nightgown with a dog?”

Rebecca is a 40-something-year-old woman who runs the human resources department of an up and coming publishing company. When we meet her, she is celebrating her one year anniversary with her boyfriend, Steve.

Steve, a widower, carries a lot of baggage. Rebecca is terrified of his house, which she refers to as the “house of horrors”. She fears the ghost of Steve’s deceased wife is still in it. The wedding pictures are still up, and her toiletries are still in the bathroom.

Rebecca’s relationship with Steve is perfect, as long as she stays out of his house! But then she learns his step-daughter can’t handle her dog, Elsa and Steve is adopting her. If Rebecca wants to spend any time with her boyfriend, she will have to go to his house.

Then, her sexy Portuguese ex-boyfriend, Luke, comes back into town. Luke has no emotional burdens, wacky relatives, animals, or kids, and certainly no shrines to a dead woman in his home.

“A wonderful anniversary night blemished by the news of a canine interloper, a future spent in an almost certainly haunted house, and now… Luke is back.”

Author Carol Maloney Scott made me fall in love with chick lit all over again.  ❤

I loved the characters, especially Rebecca. Her character was multi-faceted and someone who I think a lot of women could relate to. I loved her introspective thoughts –those had me laughing the hardest! I liked how the author put Rebecca in different situations to reveal her personality. We got to see Rebecca in her human resources role, how she is when out with her girlfriends, how she handled an ex-lover who appeared around every corner, and most importantly how she handled her sometimes difficult relationship with Steve.

The secondary characters were also well-developed. I felt like I understood the motivations of both Steve and Luke. The introduction of the friends and relatives made this book all the more enjoyable. –Especially the wacky ones!

There was a dark poem in the novel, that Rebecca finds, about a rose and it really stuck with me. I re-read it several times. It was beautiful. Rebecca found a lot of interesting things tucked away in that house, but that poem was my favorite of all.

I was really glad that in the end, Rebecca got her happily-ever-after. 🙂 I was hoping it would go that way but you never know what kind of curve ball an author is going to throw at their reader!

Afraid Of Her Shadow had me literally laughing out loud! Let me give you some of the highlights:

4.) She nearly dies on a bike course and a toddler, who took that same route, laughs at her.

6.) (And my personal favorite): “Scalped by hippie beads.”

Just thinking about the above scenes has me laughing as I’m typing. 🙂 The combination of humor and romance truly makes this novel a feel-good read! I would recommend this novel to fans of romance comedies and chick lit!

***In the interest of full disclosure, I received an e-copy of Afraid of Her Shadow, from the Author, in exchange for a fair, thoughtful and honest book review. This in no way swayed my opinion or rating. 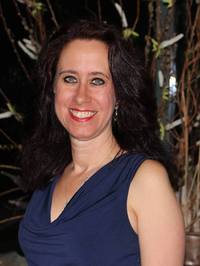 My name is Carol, and I’m addicted to Romance.

I grew up in the Hudson Valley area of New York, surrounded by “city folk,” like my Manhattanite mom and Bronx-native Dad, who taught me to be sweet on the outside, yet tough on the inside.

As a result, I’m often gifted sassy labels like “firecracker” or “feisty,” which I choose to take as a compliment, due to my Irish/Eastern European heritage.

My romantic history is as real (and complicated) as that of the heroines in my novels. I’ve been divorced, relocated, plunged fearlessly into the turbulent waters of online dating—only to retreat, yelping, at the occasionally shocking climate before bravely renewing my efforts—until finally, I grabbed hold of happiness and refused to let go.

While I did eventually find my “HEA” in the form of a real life relationship, I also fell in love with writing, and it’s a romance I can’t get enough of.

That’s why I can’t help chasing after that thrill of first love, of never-ending passion, of self-discovery, of romance—even if that chase leads me to (and sometimes over) the edge.