Christina Davenport, waitressing to pay the bills, has abandoned her childhood dream of becoming a magician–until she meets the mesmerizing Reynaldo the Magnificent.

He hires her as his assistant for his magic and juggling show; she hopes she can play the role without cutting his giant ego in half.

Devon Park, a surgical resident, is escaping his own problems when he visits the street performers in downtown Boston. But the young doctor worries that the bruises beneath Christina’s makeup go deeper than the training accident she professes.

Convinced the doctor’s interest is more than clinical, the mercurial magician attempts to tighten his grip on Christina. Now she needs to decide–is the opportunity Reynaldo offers worth the price of admission?

“If only her father’s magic wands were real and she could wave all of this away.”

Christina Davenport is minding her own business in yoga class, when a charming and persuasive magician sidles up next her, promising her a world of magic and money. Despite her past traumas and bad experiences with magic, she considers and accepts the position of Reynaldo The Magnificent’s Assistant, Teeny.

Devon Park is a medical resident at Mass General whose past weighs heavily around his neck. When he stumbles upon a street performance on Atlantic Avenue with his young nephew, his Doctor side kicks in and he worries about the ‘juggling lady’ who is covered with bumps and bruises.

Christina practices and practices, her dream to be on stage one day, and not performing alongside a street hack. When Reynaldo gets wind of this he draws a line in the sand… what he isn’t aware of, is that the Dr. who has been watching them has a dark past, and he isn’t afraid to use it to protect Christina…

First of all, I loved the themes of street magic and illusion in this novel! It was such a fun and unique way to bring the characters together. I enjoyed the magic tricks and costumes, and can see how someone, like Christina Davenport, could be caught up in the glitz and glamour of performing arts!

I really enjoyed the characters, too. Christina is highly sympathetic and someone who you want to route for.  I was really surprised by the plot twist of one of the major characters who turned villian. –DID NOT SEE THAT COMING!

The world building was great. The story takes place in Boston, and mentions major landmarks like Commonwealth St, Atlantic Avenue, and Quincy Market to name a few. 🙂 Anyone who enjoys Boston will be excited to live vicariously through this novel, (as long as you don’t mind a juggling pin to your face every once in awhile!)

The plot was steady with several unpredictable twists and a surprising romance. I enjoyed how everything came together. 🙂

I highly recommend this novel to anyone who enjoys thrilling stories about street/stage magic, with charismatic characters and a subplot of romance! 5 stars!  ★ ★ ★ ★ ★

In the interest of full disclosure, I received a copy of A Sudden Gust Of Gravity in exchange for a fair, thoughtful, and honest book review. This in no way swayed my opinion or rating. 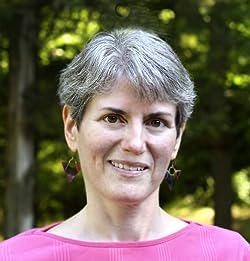 Laurie Boris is a freelance writer, editor, proofreader, and former graphic designer. She has been writing fiction for over twenty-five years and is the award-winning author of five novels: The Joke’s on Me, Drawing Breath, Don’t Tell Anyone, Sliding Past Vertical, and Playing Charlie Cool. When not hanging out with the universe of imaginary people in her head, she enjoys baseball, cooking, reading, and helping aspiring novelists as a contributing writer and editor for IndiesUnlimited.com. She lives in New York’s lovely Hudson Valley. —Amazon Author Bio
* Follow Laurie on Facebook
* Keep up with Laurie’s blog
* Follow Laurie on Twitter
* Check out Laurie and other award-winning authors at http://enovelauthorsatwork.com and see her page there at http://enovelauthorsatwork.com/laurie-boris/