Is evil ever truly defeated—or is it just waiting for another chance?

nteen year old Marianna Bertagnoli is miserable…
Not only did her father abandon her five years ago, now she’s being uprooted and forced to move with her mother and new stepdad to a creepy Victorian house they inherited in the even creepier town of Flocksdale.

Flocksdale has an evil, ugly past—and history has a way of repeating itself…

Marianna notices some strange qualities about her new home, and soon realizes she’s living in none other than the infamous House of Horrors. That’s right, the very house where the demented Garrett family ran a drug ring, leading to the kidnappings and murders of forty young girls.

The dark energy of the town begins to rise again…

Within a week of moving in, Marianna’s mother disappears, one of her small group of new friends is found murdered, and she’s attacked by a man wearing a hideous clown mask. As she searches for answers, Marianna wonders if the malevolence still lingers, somehow alive…and how her stepdad came to own the House of Horrors.

Unsure who to trust, Marianna turns to Wendi Wise, a survivor of the Garretts’ crimes…

Caught up in twisted family ties and surrounded by deceit, Marianna is targeted by a new generation of evil. Doubly imprisoned—in her own body and in the real house of the lost girls—Marianna needs Wendi’s help to unravel the bizarre history of Flocksdale.

But will Marianna survive long enough to bring the evil to light…or will she be trapped in the house of the lost girls forever?

“My life was starting to feel like some crazy, knife-wielding version of Alice in Wonderland.”

Marianne’s mother and step-father married a year ago, and he has been wrecking her life ever since. They pack up and move to the town of Flocksdale, into a giant Victorian on Clemmons St. Also known as the ‘House of Horrors’, a home where countless girls were kidnapped, held against their will, and murdered.

“The town of Flocksdale had a history. A nasty, evil sort of history.”

Despite the house being rebuilt from the ground up, Marianne cannot get comfortable in her new environment. Nothing about the house on Clemmons St. feels like home.

Soon, a girl goes missing, and her dead body is found. Marianne’s mother leaves in the middle of the night, and Marianne cannot get a hold of her, leaving her with her step-father…

“Is history repeating itself?”

Marianne isn’t sure who to trust. She begins her own investigation. After reading a book written by Wendi Wise, one of the house’s victims, Marianne knocks on her door, seeking help.

“I thought about Wendi Wise, how strong she’d been when she went after the monsters from her youth. I channeled her energy. Her strength, Her courage.”

Together, they are The Lost Girls, and they are on a mission… A mission to avenge.

The Flocksdale Files is a series that I hold near and dear to my heart. Both feature a strong female lead who you route for throughout. I enjoyed Marianne’s character as much as Wendi’s from book 1.

Before reading, I wondered how Author Carissa Ann Lynch would continue this series. I loved the direction she went with in this installment of the Flocksdale Files. Like the first book, it was a steady, action-packed read that had me sitting at the edge of my seat in suspense!

Deception surrounded Marianne, and the author kept me guessing: Who can Marianne trust? I loved that Wendi from book 1 played such a big role in this book also. I loved her character and reintroducing her into the story was like reuniting with an old friend.

Author Carissa Ann Lynch creates well-rounded characters that I genuinely care about and think about long after I have closed the book. She also has a talent for creating a compelling plot, that keeps me turning the pages.  I highly recommend this series to readers who enjoy gritty, edgy crime thrillers with kick-butt female protagonists!

In the interest of full disclosure, I received a copy of this novel, in exchange for a fair, thoughtful and honest book review. This in no way swayed my opinion or rating.

Pre-Order your copy of House Of The Lost Girls, Book 2 of The Flocksdale Files Series!

Book Review of Have You Seen This Girl? Book 1 of The Flocksdale Files Series

Character Interview of Wendi Wise, from Have You Seen This Girl? 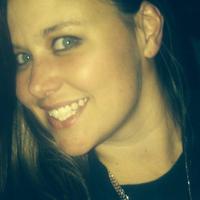 Besides my family, my greatest love in life is books. Reading them, writing them, holding them, smelling them…well, you get the idea. I’ve always loved to read, and some of my earliest childhood memories are me, tucked away in my room, lost in a good book. I received a five dollar allowance each week, and I always — always — spent it on books. My love affair with writing started early, but it mostly involved journaling and writing silly poems. Several years ago, I didn’t have a book to read so I decided on a whim to write my own story, something I’d like to read. It turned out to be harder than I thought, but from that point on I was hooked. My first and second books were released by Sarah Book Publishing: This Is Not About Love and Grayson’s Ridge. I’m a total genre-hopper. Basically, I like to write what I like to read: a little bit of everything! I reside in Floyds Knobs, Indiana with my husband, three children, and massive collection of books. I have a degree in psychology and worked as a counselor.