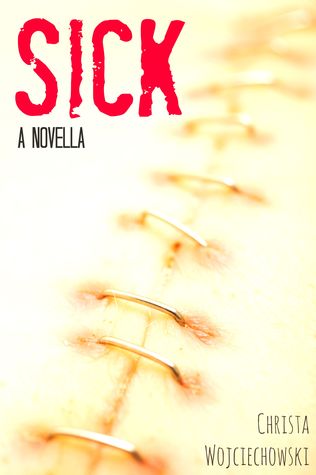 Susan Branch’s life revolves around the care of her charming and inscrutable husband John, a man born into wealth and prestige who lost his family’s fortune when his mysterious chronic illnesses left him bedridden. Together they live a decrepit existence beholden to the current owners of his family’s former estate.

After years of devoting herself to John’s care, Susan is
worn out and frustrated. Yet she is determined to scrape together whatever resources she can to keep John as comfortable and as happy as possible. This includes stealing Demerol from the doctor’s office where she works to feed John’s ever-increasing need for pain medication.

As John’s condition continues to puzzle doctors, Susan
begins to notice strange objects appearing around her house. Ever wary of creepy Old Pete, the groundskeeper, Susan decides to confront the elderly man and put an end to his snooping for good.

John suffers a critical emergency, but he is saved by his
skillful doctor and is soon released from the hospital. As his health begins to improve, Susan dreams of a normal life, but her hope for a
miracle transforms into a nightmare one fateful afternoon when she discovers the true cause of John’s sickness.

“A marriage made in medicine, John’s and mine. He was the victim, and I, the slave to his diseases. Medications to give, wounds to clean, bed pans to empty, and food to serve. I wondered how long we could endure like this. Surely, it couldn’t go on forever. One day, things would have to change.”

Suze is married to a man with chronic medical problems, and she does her best to keep him happy and comfortable. The family’s fortune has gone to doctors, hospital, and rehab, and they have been reduced to renting the servant’s quarters, of their previously owned mansion.

“No matter how strong my love was, it couldn’t heal him.”

Suze spends her days as a full-time clerk at a podiatrist’s office, and her nights as her husband, John’s, full time nurse. She is sleep deprived, and caught between wanting her husband to die, and wanting him to live. Will life ever get better for the two of them?

Whoa…. it’s been awhile since I’ve read a medical drama, and this one doesn’t disappoint!

I liked the characters and the POV of Sick. The reader is able to feel Suze’s emotions, exhaustion, and even her desperation to have a husband who is well, again. She comes off as a martyr at times, but you can’t help but feel sympathy for her. I connected with Suze more than I did with John, event though he was the central focus of the story.

The big reveal was powerful! The author peppers clues throughout the novel to help the reader figure out John’s medical mystery. I had my suspicions to the disorder John had from the beginning, but certainly not everyone is familiar with this disorder and won’t be able to guess.

The ending was… interesting. It surprised me and I’m not sure what to think of it. Was she just angry? Or was she angry, but also playing into his sickness?

I wish that this novella was a full length novel, with Suze’s POV as part 1, and John’s POV as part 2. The author mentioned a possible sequel, through John’s POV, and I would definitely be interested in reading it! I was so blown away by these characters and their story, and I hope it continues!

***You can vote for the sequel, here!

I HIGHLY recommend this novel to fans of psychological suspense, and medical mysteries! Sick has a gripping, believable plot that will keep your attention to the very last page!

***In the interest of full disclosure, I received an e-copy of Sick, in exchange for a fair, thoughtful, and honest book review. This in no way swayed my opinion or rating.

I was born in New Jersey and raised in Florida where I raved in clubs, tamed lions, chased hurricanes, and acquired a collection of bad habits. I fell in love with a handsome Panamanian and escaped America in 2006.

Since, I’ve lived a lush life in my wild new country where I work from home as a freelance internet marketer. I devote my free time to wine, yoga, and classic literature. I’m also mother to an epileptic Rottweiler, a mutt with a phobia of boots, and a Red-lored Amazon parrot who hates me.

I often tag along on my husband’s business trips and am lucky to have seen the world, but on most days you’ll find me in my home at the foot of mighty Volcan Baru where I sit in front of my computer in dog hair-covered yoga pants and try to figure out this thing called writing. –Author Bio from Website