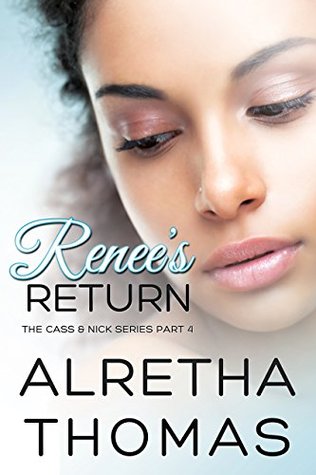 After finally marrying the man of her dreams and having the baby she’s always wanted, Cassandra Harte believes she has the perfect life.

Could she, like Job in the Bible, have a life that’s too perfect?

Cassandra feels she must have, or God wouldn’t have laid it on her husband Nick’s heart to have their fifteen-year-old stepdaughter return home from a two-year stint in a school for wayward girls. Although Renee’s doctor is confident that he’s come up with just the right cocktail to keep Renee in check, Cassandra wonders what’s really going to happen when Renee moves in and decides she hates Cassandra again.

“Love. Is it the prescription for all ailments?”

After two years at the Wheland School For Girls, Renee is on a good cocktail of psychiatric meds, and is ready to
return home. Her family nervously anticipates Renee’s arrival, fearful that the “old Renee” will return.

They throw her a welcome home party, and despite a dispute between former neighbors, everything goes well. Cass and Nick give Renee her privacy, to show that they trust her, but what they don’t know is that Renee is involved with an older man; a man who has her convinced that he is the only person in the world who she can trust…

“It was like a dream. I really felt loved and I wanted to do everything right. I had no idea my dream would turn into a nightmare.”

Book 4 of the Cass and Nick Series is Renee’s story.

I will admit, book 2 of The Cass and Nick Series wasn’t for me. The author contacted me asking me if I would like to read this story, and I agreed, promising to keep an open mind. I am so glad I did, because the actions taken in this story redeemed the characters in my eyes.

What surprised me about this installment of The Cass And Nick Series, was all the drama and suspense! –And I don’t mean the drama with Renee’s health! There were a few chapters that read more like a psychological suspense, than a women’s fiction. I was thrilled with this turn of events, and with how Cass and Nick fought for their daughter. This was a complete turnaround from book 2! Bravo, Cass and Nick!

One of my favorite scenes was back at Cass’s first house, where Mrs. Howard and Michael were at it again. When I read that Michael was digging up Mrs. Howard’s flowers and plants, and she was throwing cake on his lawn, I just about died! Do these two EVER quit?!?!?! 🙂

But not everything in this story was laugh out loud funny… The situation Renee found herself in was chilling. –All the more so, because the plot was plausible. The suspense in this novel made it a page-turner. Never mind eating or taking a bathroom break… I had to read on to see what would happen next!

“It’s amazing how tragedy can bring a family together.”

The ending tugged at my heart strings. I needed to see the Harte family get their happily-ever-after, and I’m glad this series ended on a happy note. 🙂 I would recommend Renee’s Return to fans of psychological suspense, with a special focus on family issues and relationships. –(You should read the series to have an understanding of the characters/situations, as this isn’t a standalone novel.)

I received a copy of Renee’s Return from the Author, in exchange for a fair, honest, and thoughtful book review. This in no way swayed my opinion or rating, which is based on personal taste, writing, characters, and plot, among other story attributes. 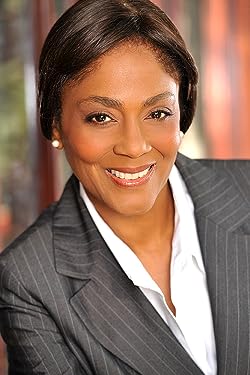 An award winning author, playwright, director, and producer, Alretha Thomas is making her name through her pen. Award winning plays and wanting to help her community, Alretha’s background is as diverse as her personality. She started at the age of ten, when her 5th grade teacher picked and read her short story assignment in front of the class–that simple, loving act empowered a new writer. Continuing in high school, her numerous original oratorical conquests on the Speech Team led her to a journalism concentration at USC.

Upon graduating, Alretha soon realized that her interest in journalism was not heartfelt. While at the taping of a live sitcom, the producer noticed her and encouraged her hand at modeling. Modeling didn’t mean much to her, but it did lead her to acting and a NAACP Theatre Award Nomination (1993) for BEST ACTRESS. Alretha left acting and began to write full time. Her church gave her an outlet to fulfill her writing desires through their Liturgical Fine Arts Department wherein Alretha penned twelve theatre pieces, six of which she directed–the community response was overwhelming.

This led to full length plays outside of the church. In 2002, The Stella Adler Theater presented A Shrine to Junior. The play was nominated for an NAACP Theatre Award and in 2004, Alretha’s play, Civil Rites, was the recipient of an NAACP Theatre Award. Her play Grandpa’s Truth ran at the Inglewood Playhouse in Inglewood, California in 2006, and was extended more than once by popular demand. Not only did radio station KJLH support by recommending this production to its listeners, but notables like the Mayor of Inglewood, Roosevelt Dorn, and music legends like Freda Payne and Stevie Wonder had critical acclaim for Grandpa’s Truth. This wonderful piece was featured on Channel 5 (KTLA News) by Entertainment Reporter, Sam Rubin. Additionally, in 2007, Alretha’s play that she wrote and directed, Sacrificing Simone, had a successful run at Stage 52 in Los Angeles and was called “an inspirational crowd pleaser” by the Los Angeles Times and in 2009, Alretha’s ground breaking One, Woman Two Lives, starring Kellita Smith (The Bernie Mac Show), directed by four-time NAACP Image Award Best Director recipient Denise Dowse, garnered rave reviews from critics and audiences.

In between plays, Alretha’s first novel Daughter Denied was launched in 2008 and has received glowing reviews from readers and book clubs across the country. Representing her book, Alretha has been the guest on many radio shows and television shows including San Francisco Public Affairs show Bay Sunday with Barbara Rodgers on KTLA Channel 5. In 2011, Alretha launched her second novel Dancing Her Dreams Away, and it was also well received. Her third novel, Married in the Nick of Nine, spawned a four-book series that was acquired by Soul Mate Publishing in January 2014. Alretha’s third indie novel, “Four Ladies Only,” was released February 2014 and in August 2014 was awarded the Jessie Redmon Fauset Literary Award.– Amazon Author Bio