Today I am featuring award-winning author, Carlos Rubio, on A Well Read Woman Blog! He was kind enough to answer some questions for me, and I am happy to share this interview. 🙂 So without further ado, everyone, meet Carlos Rubio!

Hi Carlos. Thank you for agreeing to this interview. Could you please tell me a bit about yourself, and your background? 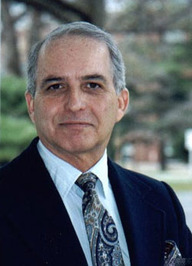 I was born in Cuba and came to the U.S. in 1961 while still in my teens. I credit my parents for realizing that there was no future (and still isn’t) living under a communist type of dictatorship.

I finished high school in Wilmington, Delaware, where I lived in a house with 20 other Cuban boys. I hold a BA from Concord University and a MA from West Virginia University. I also did post-graduate work at the University of Maryland.

What have you written?

I consider myself primarily a novelist. I have written 12 novels (both in English and Spanish), two collections of short stories and Dancing with Ghosts, a memoir about my early years in Cuba. Since I wrote the memoirs just for my family, this book has remained unpublished, but that may change in the future.

Have you received any awards for your writing?

As you know, just a few weeks ago Forgotten Objects was a finalist in the Readers Favorite awards. My novel Dead Time received a silver medal in 2003 in Forewords Magazine Book of the Year Awards. There are other awards (they are all listed on my website), but I must mention the Nuevo León International Prize for Novels. There were over 170 novels from all over the world, and my novel Quadrivium received the award by a unanimous decision. Since the prize had to be accepted in person, the publishing house flew me to Mexico City and covered all my expenses during my stay there. The novel was subsequently published and the first edition sold out in a short time.

Wow! That is fantastic! Congratulations on all of your awards!

Have you every collaborated with other Authors on a writing project? If so, what was it? What are your thoughts on collaborating with other authors? If you haven’t had the chance yet, would you consider doing so in the future?

The thought never entered my mind. I view writing as a very personal experience that cannot be shared, otherwise it would be diluted.

I recently read and reviewed your latest novel, Forgotten Objects, which I enjoyed very much. How did you find yourself writing a women’s fiction? Was it difficult for you to get inside the head of your protagonist, Anna d’Amio? Do you typically write in this genre? 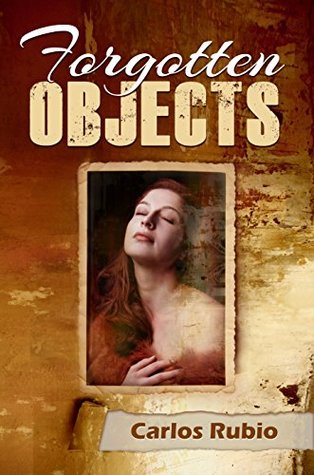 Throughout the writing of Forgotten Objects I never thought that I was writing women’s fiction. I tried to focus on how people in general react to historical events that displace them, and how they overcome the odds against them, a situation with which I am not entirely unfamiliar. Some years ago I had the opportunity to visit Ellis Island and I was truly amazed at the obstacles that the early immigrants had to face just to get here. Then it was a daily struggle to live in a new country (customs, language, jobs, etc.) Anna d’Amio managed to meet the challenge and, through hard work and perseverance, realize her American dream. Of course, during this process people change, so what they were before slowly metamorphoses into something else. Certainly I am not the same person who left Cuba so many years ago. Since we are talking about Forgotten Objects, here are my favorite lines from that novel:

“…she had learned that life always moved forward and there was no way to turn back the clock–except through memories–that as the years accumulated, even if one did not want to or acknowledged it, so did the baggage one carried. Every hour, every day, inflicted unavoidable injuries, left its indelible scars, slowly but inexorably turning people into beings often unrecognizable even to their former selves. That was the price of living; no one was exempt from it.”

Ah. I remember that line. I quoted it in my book blog journal. 🙂

If Forgotten Objects became a major motion picture, and you were given the opportunity to hand pick the actors/actresses of your choosing, who would you choose for your major characters?

I believe that the Spanish actress Penélope Cruz or the Colombian actress Angie Cepeda would be good choices to play Anna.. For the male characters, the Cuban-American Andy García and Spanish actor Antonio Banderas would also have roles in the movie. By the way, Forgotten Objects is such a panoramic work that turning it into a movie would be a very arduous and expensive proposition.

I’m surprised you chose Latino women since Anna was Italian, but I love your picks! And yes, quite expensive, but one can always dream!

I meant to mention in my book review, how much I loved the cover for Forgotten Objects. Did you choose it yourself? Who designed it?

Unfortunately I had nothing to do with it. It was Guy Boulianne, the editor and founder of Editions Dédicáces and his team of graphic designers who created the cover. I believe they did a great job.

I agree. It’s a beautiful cover.

Speaking of book covers, do you think book covers influence readers as to whether or not they will purchase a book?

I think the cover may influence the reader to pick up the book and read notes on the flaps and back cover. Once the book is in the reader’s hand, then the decision is made whether to purchase it or not.

There were a lot of major political and social events mentioned in Forgotten Objects. Did you have to do a lot of research before writing?

I am very familiar with the historical events described in the novel. Nevertheless, I double checked the dates and events, just to make sure that I was not missing anything. Having visited or lived in those places, along with the knowledge of the languages, helped me a great deal to write convincingly about the places and events.

Are you working on a writing project now? If so, what is it about, and when do you expect to have it published?

A short time ago I finished writing Only the Voice, the Spanish-language novel I had been working on for the past two and a half years. I have gone through it a few times and made some changes and corrections. A friend also read it and made some very good suggestions. Now I will let it sit on my desk and do a final read before the end of the year. After that, I will try to get it published.

Is there anything I haven’t asked that you would like your readers/fans to know?

Since all my books are different, I realize that they will like some, but not all. That is ok. I try not to repeat myself, but in every instance, I try my best. I welcome all comments and questions; readers can always get in touch with me through my website. Last, but not least, I would like to thank you for reviewing Forgotten Objects and for this opportunity to talk about my books.

Oh, certainly. 🙂 Thank you for the opportunity!

How can readers discover more about your and your work?

Everything about my writing career is on my website: http://www.carlosrubioalbet.com
I can also be found on Goodreads and Amazon, where they list all my books.

CARLOS  RUBIO  ALBET  was born  in Pinar del Río, Cuba.  In 1961  he came  to the United States and finished high school in Wilmington, Delaware. His  first  short story was published while attending Concord College in Athens, West Virginia. His work, in English and Spanish, has appeared in the anthologies 20 Cuentistas Cubanos,   Cuban  American Writers, Distinct Voices,  Narrativa y Libertad and Motu Proprio. In 1989 his novel Quadrivium received  the “Nuevo  León  International Prize for Novels.”  He has been twice a finalist in the Letras  de Oro   literary competition.  In 2004  his novel Dead Time received Foreword Magazine’s Book of the Year Award. He  recently finished  a new novel entitled Forgotten Objects.