Eleven-year-old Billie Fullalove witnesses the murder of her parents at the hands of a gun-wielding thug. In the melee, Billie loses a leg. But her Batmanesque beginnings don’t turn her into a superhero. Yet.

Billie survives her lonely childhood and settles into a solitary life, pursuing her dream of being an editor in a top publishing house. Unable to avenge her parent’s unsolved murder, she is accosted by news stories of bad guys going free thanks to an inept court system. She wields her red pen and edits the newspaper to fight evil forces, right wrongs, and bring justice to victims.

When her edits come true, and criminals start dying, Billie must discover the vigilante’s identity before they act out more of her revenge fantasies.

“Maybe it was fate. Kismet. God’s will. Maybe she was God’s red pen, fixing what the living world couldn’t get right. What he wasn’t able to do without the assistance of human hands. An eye for an eye, that’s what He said. Maybe she’d been wrong. Maybe God was in the revenge business. And maybe she was His eyes and ears on the ground. Or at the very least, His willing scribe.”

Billie works for a publishing house as a proofreader, but being an editor is a dream of hers. As a matter of fact, editing takes up most of her life; constantly wielding an imaginary red pen to draw on people’s faces and add speech bubbles, editing manuscripts she should only be proofreading, and editing newspaper stories to give them a better ending, and bring justice to the victims.

Twenty years ago, Billie witnessed her parents death, and lost part of her leg in a vicious attack. She wears a prosthesis and was mercilessly picked on as a young girl. School ground bullying transforms into office bullying… Billie wants to be rescued from her life.

Then she meets Bruce, a man who accepts her and her “stump” leg, and allows her to set the pace of their relationship. For the first time since her father died, she feels safe.

But then she finds herself waking up in strange places, wearing her father’s clothing, with no recollection of what happened. Her newspaper edits become reality… Could Bruce be behind the righting of the wrongs? Or even more frightening, could she be behind it?

“One shoe planted in good girl ground… but the other foot dangled over the pier and dipped into the evil pool.”

Goody One Shoe is a story about a vigilante superhero, righting the wrongs by ensuring victims get the justice that they deserve. “An eye for an eye.”

With one heck of an introduction, I was IMMEDIATELY drawn into Goody One Shoe, eager to turn the page to learn how Billie found herself in the introductory situation. This novel has “suspense” stamped all over it!

Let’s talk about the protagonist: I fell in love with Billie, and felt angry at the people who teased her. I loved how she wielded an imaginary red pen, and drew pretend rat whiskers on their faces, knives in their backs, etc. It was a hilarious coping mechanism of hers to deal with the bullies, both young and old.

I particularly enjoyed the flash-back to her high school graduation, and her valedictory address. Let’s just say it was less than encouraging. 😉

I don’t think I took so much as one breath during the final confrontation, (which takes the reader back to the intro). In the beginning, and as the story progressed, I imagined it being several different people on that dock. I was glad that justice was served!

Author Julie Frayn made the “bad guys” of the story, completely and utterly despicable, and they didn’t get a shr

ed of sympathy from me. I wonder how she was able to get into the heads of these vile people: the pedophiles, the baby murderers, and the rapists? As I was reading their stories, they came to life for me, just as much as Billie did. I think it is amazing how the author can create such diverse characters, and represent each one accurately and with dimension. She deserves a standing ovation for the character development of her secondary characters.

Another strength of this novel is the world building. Although, I could have done without the graphic descriptions of the smells of the subway and the docks. 🙂 I actually scrunched my nose, as if I was there! HELP!

I would recommend this novel to people who enjoy suspenseful stories about righteous revenge, with humor and heart. I’d like to thank Author Julie Frayn for providing me with a complimentary copy for review. 🙂 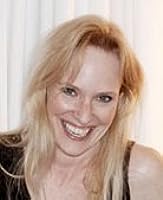 “Bean counter by day, Julie Frayn spends her off hours (emphasis on “off”) reveling in the written word. She pens award-winning novels and short stories that pack a punch. And a few stabs. When not working or writing, Julie spend as much time as possible with her babies. Well, they’re grown adults now, but they still think she’s cool. Right kids? Right? Hello?”–Goodreads Author Bio