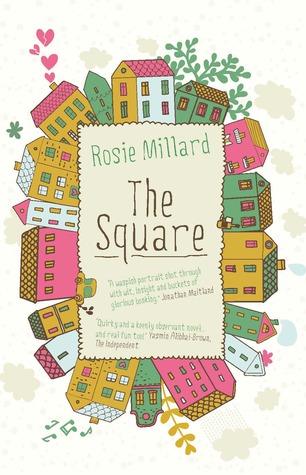 Looking for your next summer read? Check out this new release, The Square, by Author Rosie Millard!

“A comic romp featuring the bored, overprivileged and vain London bourgeoisie. Full of controversy, gossip, affairs and drama, this book is a fantastic summer read.”

Jane has the ideal life: loving husband, beautiful house and delightful son. Her fashionable dinner parties are perfect – and so are her secret assignations with her neighbour’s husband, Jay.

From Tracey and her ‘New Money’ lottery winnings to eccentric artist Philip and his pornographic portraits, the residents of North London’s most privileged enclave The Square are a very satisfied bunch.

To raise money for communal fencing, the Residents’ Association decides to hold a Talent Show, produced by Jane and hosted by TV celebrity Alan Makin. But when the show lurches into public disarray, reputations are shattered and everyone has to learn to live with a far less glossy reality than before.

Rosie Millard is a journalist, writer and broadcaster. She was the BBC Arts Correspondent for ten years, since then she has been a profile writer at The Sunday Times, columnist for The Independent, arts editor of The New Statesman, theatre critic and feature writer.She makes TV and radio documentaries and appears as a commentator for a number of national TV shows. She is Chair of Hull City of Culture 2017.

Rosie has also written The Tastemakers, an exploration of the British contemporary art scene, and Bonnes Vacances!, a comic memoir about taking her family around the French Overseas Departments.

1.) She wrote The Square on a Fiction writing Masterclass which she attended every Tuesday night for six months.

2.) Usually on Tuesday nights she helps with the Second South Islington Brownie pack, from which she took a six month sabbatical.

3.) Her first book The Tastemakers, about contemporary art, was written while she was hidden in a safe house after her husband received a death threat following a BBC documentary he had made about the Chelsea Headhunters.

4.) Her second book Bonnes Vacances!, about a family trip around the French empire, includes passages written by her eldest child Phoebe, then 12 and her third child Honey Bee, then 6.

5.) Her fourth and youngest child Lucien Beau Buddy only eats pizza and Weetabix, because she forgot to wean him properly.

6.) Rosie has owned two houses on the London square where she lives. She bought them both at auction, five years apart, while wearing the same pair of ‘lucky’ knickers.

7.) Rosie was once mugged in the square for her phone and beat off her assailant by holding onto his jacket and yelling into his face. He dropped the phone.

8.) She has run a marathon along the Great Wall of China.

9.) While playing the piano in public last year on a Steinway she was overwhelmed by nerves and had to start the piece again.

10.) While Arts Correspondent for the BBC she once broadcast live on Radio 4’s Today programme without any clothes on.

Ok, I don’t know about you, but I am super curious about Ms. Rosie Millard broadcasting live on Radio 4 without any clothes on…. Whaaaatttttt????!!!!!!! 🙂

Thank you for reading, and don’t forget to grab your copy of The Square, now available!