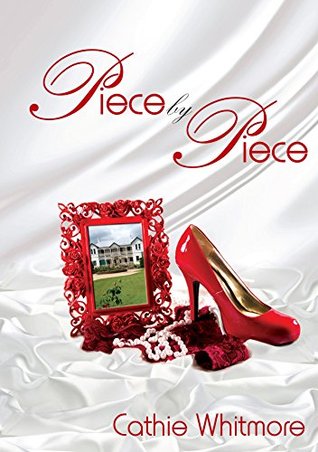 s rags to riches story, begins the day she meets Robert Harding, in April 1948. Robert’s good looks do play a minor part in Eleanor’s attraction to him, but the silver spoon protruding from his mouth, most definitely clinches the deal.

From the moment Eleanor meets Robert’s mother Rose, beaming at her from the front steps of their six bedroom four bathroom mansion, bequeathed to her by her late husband Samuel, Robert’s father, she senses Rose is the type of woman, who will take her under her wing and nurture her. A kind and sincere woman, yet emotionally vulnerable, like her son, eager to lick Eleanor’s wounds and make it all better.

Eleanor’s world collapses when Robert is killed in a car accident, leaving her with four year old twin boys, a two year old girl and nothing more than a less than adequate insurance policy. Robert’s death, throws Rose into the depths of depression, leaving Eleanor to support her mother-in-law emotionally, ensuring Rose will continue to support her financially.

Like mother, like daughter…the master and the apprentice of manipulation, Celeste Harding, begins her story as a fifteen year old in 1967, mourning the loss of her beloved Grandma Rose. Eleanor, convinced she is about to inherit the family home, known as Harding House, is confident Rose being out of the picture will ultimately bring her daughter Celeste, closer. However, nothing could be further from the truth.

Piece by Piece is a women’s fiction that follows the lives of mother Eleanor, and her carbon-copy daughter Celeste, and their paths of destruction. These women make it their life’s mission to hurt one another, when deep down, all either ever wanted was to be accepted by one another. This story spans nearly a century of secrets, love affairs, plotting, manipulation, and the lives affected by these two women.

It was daring for the Author to portray the main characters as such evil little *insert derogatory term here*, because Celeste and Eleanor would certainly turn people off. I think the added humor made the ladies a bit more human, and the DRAMA made them all the more interesting. I can’t say I would like Eleanor or Celeste in real life, but they certainly were interesting characters, albeit not at all lovable.

Piece by Piece moves FAST. In one chapter, the reader is thrown for a 34 year gap! The great, great granddaughter of Grandma Rose is born, and within the same chapter is married, 34 years later. This story does skip, but it progresses forward.

There were parts to the story that I felt frustrated with as I was reading. For instance, the POV switches off to random people, including the mother in law, of Grandma Rose’s great, great granddaughter, which seemed unnecessary at the time. However, by the time you are at the end of the story, all of the chapters with seemingly random povs MADE SENSE. You just have to wait for it…. All of the loose threads are eventually tied together.

I genuinely loved Piece by Piece, and the unraveling of these women’s lives, and how they swept problems under the rug effortlessly, using their sex appeal and charm to manipulate those around them as an art form. Eleanor and Celeste are true “mean girls”, and I enjoyed every bit of it. 🙂

***In the interest of full disclosure, I received an e-copy of Piece by Piece, in exchange for a fair, honest, and thoughtful book review.

iTunes Link to Piece by Piece

Amazon Link to Piece by Piece

Kobo Link to Piece by Piece

Check out what others are saying about Piece By Piece!

“A different yet enjoyable family saga. I found it intriguing, fast paced and always interesting. It is very different in style, being told first person from multiple viewpoints and at different periods, but I think it also made it more entertaining for that. It starts with mother and teenage daughter, at odds and both irritated with one another, for a variety of reasons. I think one of the points I enjoyed was that it showed the daughter, for all her lofty judgment of her mother and her behavior, became nearly identical to her. Focused on her beauty and wealth, it colors Celeste’s life, just as it made her mother’s. The title pretty much tells it all, how everyone becomes what they are, Piece by Piece through their upbringing, their social contacts, their views and values. A nice mix of personalities creating conflict and romance, sometimes interchangeably…” –Author Jerrie Brock

The tortured relationships of the women in “Piece By Piece” put me in mind of Colleen McCullough’s early novels before she wrote The Thorn Birds. This is meant as a compliment; I am a HUGE McCullough fan and have read everything she ever published. Whitmore’s characters are authentically troubled. Their life situations and the depiction of different time periods are both believable and interesting. I’ve read a lot of historical fiction and I see no anachronistic errors.
All of the women are struggling towards some kind of a resolution within themselves and towards each other. This novel is not really a romance per se; it is a cut above the less demanding language and situational conflicts ordinarily seen in a successful romance. I would classify it more as general fiction, just as I would classify ‘romances’ written by McCullough, as general fiction. There is an undeniably literary bent to this book that has nothing to do with the goals of a Harlequin Silhouette.– M.R. Storie

I began my writing career quite by accident in 2006, after having been asked to write a children’s story for a friend here in Australia, to use in her university project. Prior to this I had no idea I had the ability to write, other than the occasional poem and greetings on blank cards. However, once I started there was no stopping me. To date I have written over twenty children’s stories and self published four in print and eBook versions, available on iTunes, Amazon and Kobo.

In 2014 I opted for something totally different, deciding to challenge my writing ability a little further with a novel for adults in the women’s fiction genre.  ‘Piece by Piece’ became a Quarter-Finalist entry in the romance genre of the Amazon Breakthrough Novel Awards and is now available as an eBook on Amazon, iTunes and Kobo.

My motto is “Imagination Lives in Books” along with my heart and my passion for writing.

My adult writing website is www.atomadultsbooks.com.au   A three chapter sample PDF of Piece by Piece can be downloaded from this site.