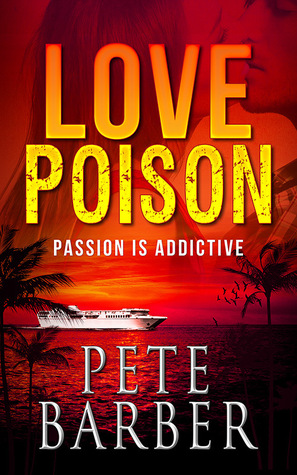 e is a dangerous drug.”

Lab assistant and avid climber Amber Wilson is no stranger to risk. But she feels invisible around her handsome boss, Mark, until she accidentally doses him with an irresistible aphrodisiac that leaves him with a suicidal hangover. Abruptly fired, Amber and Mark partner up to research the source of the drug—a rare New Zealand mushroom—in hopes of refining it for safe use.

On their way to New Zealand to collect fungi samples, Amber is blindsided by a deep and intense romantic connection with Mark. Their new business plan is endangered by ruthless Maori mobsters who control a mushroom scheme they’re killing to protect. As the body count rises, Amber struggles to salvage her and Mark’s dreams, but when she risks her heart and acts alone, both of them could end up paying the ultimate price.

Amber is a senior lab technician at GenFun laboratory, who is still reeling from the death of her mother, a year prior. She attends the office Christmas party, but feels uncomfortable being around so many people. She escapes the party, and in her haste, knocks over some mushroom specimens which she cleans up and hides in her purse. This action leads to a string of consequences, which impacts not only her future, but her boss, Mark’s future also.

Both are abruptly fired, but they still long to work in the laboratory. Convinced that the specimens she knocked over are a powerful aphrodisiac, Mark and Amber form a business partnership. Moving on from the past, they find their new paths.

Only problem is they are unaware of the danger lurking at the end of the path, and that the specimens they seek are controlled by Maori gangsters, known as the Tanaka, who will destroy anyone who get’s in their way…

Mark and Amber are in over their head.

“Love is a dangerous drug….”

Upon starting the book, the humorous writing style of the author drew me in, and I knew I was going to enjoy Love Poison. I was laughing hysterically about Amber and her awkward antics at the Christmas party. 🙂 She was just too funny. I fell in love with Amber’s character right away, and I was eager to read more.  I don’t think this story could have started at a better place, and I was impressed with how it all came together. One event led to another, seamlessly.

I loved the slow simmering romance between Amber and Mark. They were a couple who I rooted for. ❤

Love Poison starts off in Brooklyn NY, and then to New Zealand. The Author did an excellent job with world building through vivid descriptions of the various settings. It was easy for me to escape into the world of powerful aphrodisiacs, romance, gangsters, crime, and even sex tourism! While an enjoyable read, Love Poison is hardly a “light read”. Full of drama, action, and suspense, Love Poison kept me at the edge of my seat!

I loved everything about this novel. Truly! From the characters, setting, action, mystery, adventure, and the suspense, oh the suspense! –There was nothing not to like about Love Poison. 🙂 I highly recommend this novel to lovers of fast-paced romantic suspense!

I received an e-copy of Love Poison, by Red Adept Publishing, in exchange for a fair, honest, and thoughtful book review. This is no way swayed my opinion. Thank you Lynn McNamee!

“… lots of laughs, and some warm, tingly feelings.” Book Landers

“… a whirlwind of a story with sex taking a backseat to love, introspection and danger.” Kelly Smith Reviews

“… laced with adventure, horror, suspense, romance, and even a bit of humor.” Big Al’s Books & Pals

“… kept pulling me along, wanting to find out what happened next.” Big Al’s Books & Pals 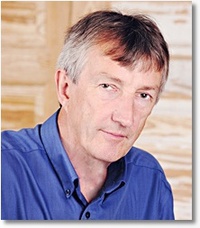 Born into a blue-collar family in Liverpool, England, Pete immigrated to the US in the early 90s and settled in North Carolina.

He has led a haphazard life, putting bread on the table as a plumber, computer programmer, salesperson, marketing executive, hotel operator, real-estate developer, and llama breeder.