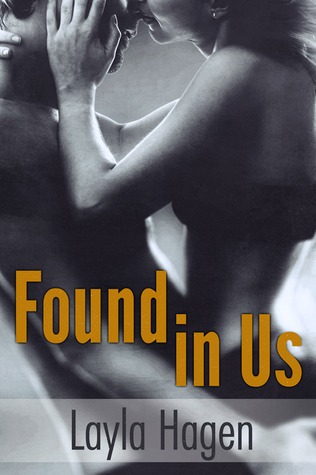 Click to visit Goodreads Page for Found In Us

All Jessica wants is to be a good girl. She landed the job of her dreams at a museum and is trying to eliminate temptations. No more short skirts (when she can help it). No wild parties. And no men.

She particularly excels at that last thing. . .

Until her path crosses Parker’s. Again. Jessica remembers the last time their paths crossed very well. She was left with a seriously bruised ego. She knows it would be best to avoid him altogether. But the charming Brit makes it hard for her to elude his electrifying pull. He is as irresistible as he is captivating.

Because underneath the sleek Armani suit and the sweet British accent that makes her crave his touch, Parker isn’t the perfect gentleman everyone thinks he is.

**This can be read as a STANDALONE. The second book in the Lost series tells Jessica and Parker’s story.** Found In Us of the Lost Series, is Jessica and Parker’s story. Jessica and Parker have crossed paths before, but things didn’t go so well. Again, they meet and Jessica is a bit reserved, remembering the scathing rejection from last time.

Still, he is hard to resist with his British accent. long blonde hair, and well-tailored Armani suit…

Jessica is a bundle of chaos that Parker needed to avoid at all costs. He has worked hard to get his life under control, and being with a girl like Jessica would leave him vulnerable.

Still, she has become an obsession of his….

When Parker’s cousin/Jessica’s flatmate gets into trouble, both Jessica and Parker put aside their differences and rush to her rescue. Secrets are out, souls are bared, but will they find their redemption in one another?

“In those moments before the passion overtook us, there was something between us. A spark I can’t define. But though I can’t define it, I know it has the power to burn me up with more fury then even the consuming passion between us can.”

Ok, so immediately upon delving into Found In Us, I’m met with this:

Which of course I loved, so I’m drawn in off the bat! This was my favorite book of the Lost series. mostly because of Jessica.

I liked Jessica’s character for so many reasons. She was a girly-girl, all nails and makeup, and had a job at a museum with a crappy boss that made his employees cry, but not her! I loved her strength. Although, with a father like she had, I’m sure she had heard worse than what her boss had to dish out.

With Parker, she wanted the fairy tale ending that she never before believed in. He softened her, and she went from bad girl to good girl. I also liked that she enjoyed going to Hyde Park to feed squirrels, because that is an activity I also enjoy, (feeding wildlife). She was a relatable character who I liked a lot.

I liked Parker equally as much as Jessica, because as he “tamed” her, (and I mean that in the least sexist way possible), she let him lose control, which he needed. They complimented one another in the best way possible, Opposites really do attract!

My favorite line: “I will always choose her.” —Parker about Jessica.

In the interest of full disclosure, I received an e-copy of Found In Us, by the Author, in exchange for a thoughtful, honest, and fair book review. This is no way influenced my opinions/rating. 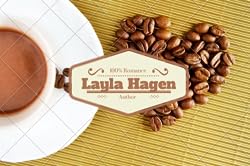 I fell in love with books when I was nine years old, and my love affair with stories continues even now, many years later. I write romantic stories and can’t wait to share them with the world. And I drink coffee. Lots of it 😀

I am represented by Louise Fury (The Bent Agency