My debut novel, Searching for Steven, was launched on 3rd June by So Vain Books and is available as a paperback and an eBook. My debut novella, Raving About Rhys (set before Steven but written as a stand-alone story), was released last month and is available in eBook format. This time last year, being a published author was a distant dream. I can hardly believe it’s happened!

I’ve subscribed to Writing Magazine for several years and also frequently read Writer’s Forum. The articles or interviews that I always find most fascinating are ones where authors reveal how they found their ideas. There are so many diverse sources out there: magazine articles, news items, overheard conversations, songs … the list is endless. Sometimes it’s something really small that triggers an idea. I can often hear a line of a song and something resonates with me in that lyric, resulting in a premise for a novel springing to mind.

So where did I get the idea for Searching for Steven? It’s often said: write what you know. I did exactly that for Steven because my premise for the book is something that happened to me.

I was thirty, living in Reading at the time, and working in graduate recruitment. I’d split up with my partner and we were in the process of selling our house. Although I’d loved my job, there’d been a few changes at work that made me question whether I wanted to stay. For the first time since leaving home to go to university, I felt homesick and couldn’t shake the idea that I’d like to move back home to North Yorkshire and do something completely different: set up a teddy bear shop.

A friend of mine was very conscious that I was at a crossroads in my relationship and my career. She gave me a gift voucher for a telephone clairvoyant and suggested that it might help me through my predicament. Having never done anything like that before, I wasn’t convinced, so I politely thanked her and pinned the voucher to my noticeboard, expecting never to make that call. One evening, alone in the house and still in a quandary about the future, I decided to make that call. I’m so glad I did because it changed my life.

I told the clairvoyant that I wanted to talk about work and men. She predicted that I was going to leave my job, move back north, and run my own business. She told me that I’d buy a house, but the sale of mine in Reading wouldn’t go as smoothly as I hoped and I’d end up living with my parents for a month until everything was sorted. That’s exactly what happened!

As for men, she told me that I’d meet the man of my dreams when I moved back home. I wouldn’t be home long before I met him, he’d be divorced without children, and his name would be Steven. Eek! I hadn’t expected anything quite so specific.

My manager at work used to often tell me that I should write a book because my business reports read like a story. I loved writing and it was a great suggestion, except I had no ideas. With this one phone call, my idea was born. What if a clairvoyant told my heroine that she was going to meet the man of her dreams – Steven – and she became obsessed about searching for him? Ooh, there was a title too: Searching for Steven. I loved it! I told a few close friends and family and they all thought the premise had great mileage as a book. They were also very intrigued as to whether I’d search for my Steven. Of course I would!

My mum went on a mission, trying to suss out whether there were any single Stevens living in her village. There was one who was about my age, but she suspected he might be gay. Years later we found out that he is gay so I’m glad I insisted that she didn’t try to set me up on a date.

I had a month to get my shop ready for trading. I arrived at the shop one morning to find a business card through my letterbox from a sign-maker. A sign-maker called Steven. Eek! I needed signs for my shop so I had to call him, of course. My hands shook as I made the call and I was ridiculously nervous when he turned up a couple of days later to give me a quote. He was pretty good-looking, about my age, and very friendly. And engaged.

Not long after, I got a phone call from a distributor whose products I was interested in stocking. Their rep was in the area and could call the following day. Great. Just before I hung up, I asked what his name was. Steven. Argh! Cue another sleepless night, wondering. Steven the rep was lovely. Bit young for me. In a relationship.

And then the Stevens seemed to dry up and I realized that I’d moved to a town where the only residents I knew were my parents and my younger brother, and had opened a business where male customers weren’t exactly going to be in abundance. If they came in, they were likely to be buying for their partners or children. Ultimately I wanted to meet Mr Right, but I was keen to make some friends too so I decided to sign up to an online dating site. Ooh, lots of Stevens! Naturally, I marked several as my favourites, and hoped they’d get in touch. A day after signing up, Mark contacted me. He wasn’t a Steven but he sounded lovely so I emailed him back. A little over two years later, we married, and will be celebrating our tenth wedding anniversary this September. I never found my Steven, but I did find my story.

Searching for Steven tells the story of Sarah Peterson whose life isn’t turning out quite the way she’d planned. When she turns thirty, she makes some major life changes including ditching her boyfriend, moving back home to the North Yorkshire Coast, and taking over the running of her auntie’s florist shop. When she’s packing to move home, she finds a cassette tape of a clairvoyant reading made when she was eighteen and is shocked to discover that everything on it has come true … except that she’s about to move home and meet the man of her dreams. And he’s called Steven.

In an earlier version, I had Sarah making the telephone call to the clairvoyant, but this didn’t quite work for me. I wanted her to be extremely single-minded (bordering on obsessive) about her search for Steven so why would an intelligent woman behave in that way after a phone call full of predictions but no evidence? Think! What if it was an old reading instead and everything else had come true? Yes, that would work. But why wouldn’t she remember it? Hmm. What if she’d been drinking heavily at a friends eighteenth and had experienced an alcohol blackout? I have to thank my older brother, Mike, for that very plausible explanation as he read my MS and questioned why Sarah wouldn’t remember something so significant.

Sarah’s in the same situation as me; running a business where male customers are predominantly shopping for their partners, so I felt very closely aligned to her character. Inspired by my sign-maker and rep experiences, Sarah has Steven encounters with a window cleaner and a plasterer. But that’s when the real life experiences stop and my imagination completely takes over. Does Sarah find her Steven? You’ll have to read it and find out!

Thank you so much for having me as your guest. Happy reading everyone! 🙂 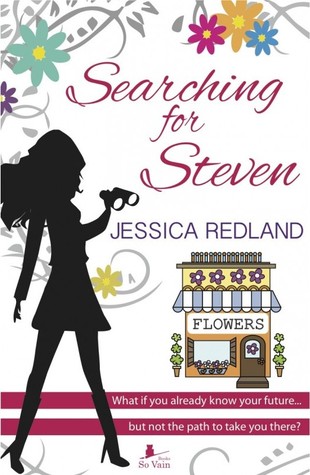 When Sarah Peterson accepts her Auntie Kay’s unexpected offer to take over her florist’s shop, she’s prepared for a change of job, home and lifestyle. What she isn’t prepared for is the discovery of a scarily accurate clairvoyant reading that’s been missing for twelve years. All her predictions have come true, except one: she’s about to meet the man of her dreams. Oh, and his name is Steven.

Suddenly Stevens are everywhere. Could it be the window cleaner, the rep, the manager of the coffee shop, or any of the men she’s met online?

On top of that, she finds herself quite attracted to a handsome web designer, but his name isn’t even Steven…

During this unusual search, will Sarah find her destiny?

‘A warm and witty tale of one woman’s search for love, with a brave and feisty heroine you can’t help rooting for. SEARCHING FOR STEVEN is a compelling debut by a talented author, and I highly recommend it.’ Talli Roland, bestselling author of The No-Kids Club

‘Searching for Steven is a wonderful, uplifting story about the magic of true love that will put a smile on your face and happiness in your heart.’ Suzanne Lavender

‘Amusing and engaging, Searching for Steven is the story to make you believe in your one true love, with or without fate leading you there’ reviewedthebook.co.uk

Searching for Steven: What If You Already Know Your Future… but Not the Path to Take You There? (Whitsborough Bay Book 1) 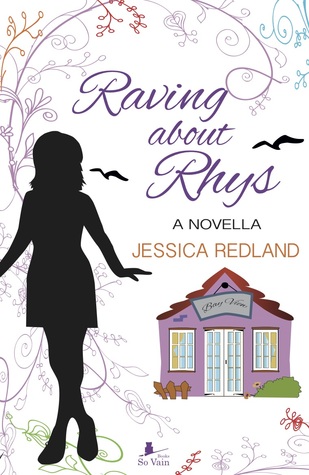 Bubbly Callie Derbyshire loves her job as a carer, and can’t believe she’s finally landed herself a decent boyfriend – older man Tony – who’s lasted way longer than the usual disastrous three months. Tony’s exactly what she’s always dreamed of… or at least he would be if he ever took her out instead of just taking her to bed. And work would be perfect, too, if she wasn’t constantly in trouble with her boss.

When the new gardener, Mikey, discovers her in a rather compromising position at work, Callie knows that her days at Bay View Care Home could be numbered. And if she leaves, who’ll look out for her favourite client, Ruby, whose grandson, Rhys, seems to constantly let her down?

And can anyone in Callie’s life be trusted?

Jessica lives on the stunning North Yorkshire Coast in England which provides the inspiration for the setting of her debut books. She works in Human Resources by day and writes by night. Being a mum, Brown Owl and bootcamper fill the rest of her waking hours. —Goodreads Author Bio

6 thoughts on “I Never Found My Steven, But I Did Find My Story: #SearchingForSteven Blog Tour, Guest Post by Author Jessica Redland @JessicaRedland @SoVainBooks”