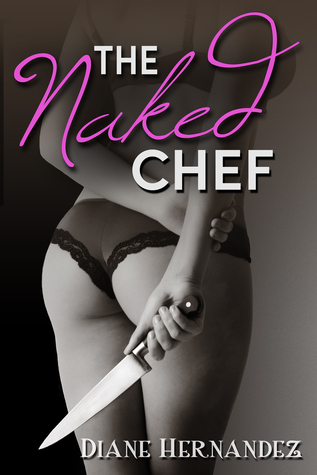 It was supposed to be a temporary gig; babysit the mischievous movie star and cook some food—easy peasy.

Chef Reggie Morales signed the year contract because she had just closed her restaurant and she needed a job to help support her family. There was no way Reggie could even consider working in someone else’s restaurant kitchen so soon after closing her own place. She knew the temporary gig would give her the time she needed to figure out her next move. However, the only move she could think about was the one she wanted her new boss to make on her.

Tracy Thompson was the gorgeous Hollywood talent agent who hired her as a domestic while she discreetly kept an eye on his brother. Tracy was a beautiful man who was equally polite as he was respectful, until one night after they kissed.

As a single mother, and restaurant owner, Reggie had had little to no time to ever even consider a romantic relationship, and that wasn’t about to change even with the less rigorous schedule. Not as long as Tracy had a girlfriend. It had been a long time since Reggie gave in to her carnal desires, but one vulnerable night, Reggie gave in to Tracy’s seduction. She knew it was wrong, however, she had no idea it would change her life forever.

Diane Hernandez’s debut provocative novel gives readers a look at what happens when the “stars” align and you find love in your own backyard.

Chef Reggie Louisa Morales is closing her L.A. restaurant, and filing for bankruptcy. Her lawyer informs her of a rich client of his, who is looking for a live-in private chef. His client happens to be Tracy Thompson, CEO of Thompson Talent Inc., and older brother of popular movie star, Tanner Thompson. Regina accepts the job, and quickly realizes that she has been hired to do more than cook for the Thompson brothers. Tanner has a secret, and Tracy needs Regina to befriend him, and report her findings back to Tracy.

Although depressed about the failing of her restaurant, Tracy wakes up a side of her that had been sleeping peacefully… But when Tracy has problems with his Victoria Secret Model girlfriend, Reggie feels nothing more than “convenient”, perhaps even a “rebound”.

Reggie can’t compete, and she is painfully aware of the fact that she is no supermodel. Is it possible that Tracy Thompson wants a future with her? Or was he using her body to get over his ex-girlfriend?

For starters, I fell in love with the book cover immediately. Upon leafing through the pages, I noticed these adorable chef knives and pretty pink lettering. I absolutely LOVED the extra detail put into formatting this novel!

The Author had a blast throwing her readers for a loop I think. 🙂 Just when I thought I had everything figured out, something tragic would happen, and I would be like, WHAT?! I can’t reveal too much, because I don’t want to spoil the story for anyone, but seriously, NEVER A DULL MOMENT between Reggie and Tracy!

***In the interest of full disclosure, I received an e-copy of this novel from the Author, in exchange for a fair, thoughtful, and honest book review. This in no way influenced my opinion.

I have great news! This week, The Naked Chef is FREE on amazon! Grab your copy, here! 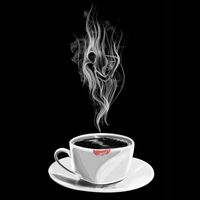 Diane Hernandez was always aware of the voices in her head. But, it wasn’t until her nest emptied, and the harried frenzy of being a wife, mother and chef was replaced with a quiet calm, did she listen to them. Once she realized those voices were telling her tales of love and lust, she started writing down the super sexy and provocative stories. Now, she has decided to release them for your enjoyment. When Diane is not busy taking dictation from her subconscious, she is teaching culinary arts, cooking, reading, gardening, shopping on Zulily or watching Project Runway.