All Anastasia has ever wanted was to start a new life, a normal life, a life without her parents. As soon as Anastasia gets that chance however, she discovers quickly that a normal life was never a possibility for someone like her.

Anastasia has always known that she was different, but she has never understood why. Two mysterious strangers, identical t 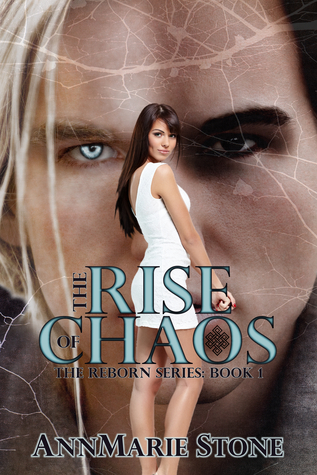 wins, offer answers that she desperately seeks, but can she trust what they tell her? One is evil and a creature of Chaos, the other is Light and a being filled with a Pure soul. Unfortunately for Anastasia, it’s no longer clear which is which.

Chaos had already separated Anastasia from her soul mate, weakening her own purity. With her defenses down, she is a perfect target for Chaos to seep in and take control. Chaos has already corrupted her father, could she be next? Or will her determination to save her true love from the same fate be enough to protect her from corruption?

When Chaos threatens to extinguish Light once and for all, Anastasia will have to decide which side to fight on. The unique abilities that have always made Anastasia different from everyone else are the very same abilities that may save or condemn her.

“The universe is powerful, Anastasia. Don’t ever be surprised about anything. Everything happens for a reason. There are no accidents.”

Anastasia Duke is in love with the man of her dreams, literally. She has never met him in waking life, but her connection to him is very strong. Her dreams provide her with an escape from her reality.

Her best friend and roommate Steven is her backbone. He supports her with everything, and is like family to her. Her actual family consists of a drunk, violent father, and her doormat of a mother.

Anastasia has a job opportunity in New York, but it seems too good to be true! She gets the job and is introduced to Lukasz, her guide. Lukasz has a twin brother, Tristan. The identical twins are two pieces to a whole, on opposite sides, created to balance the world. They are light and chaos…. unfortunately, for Anastasia, she doesn’t know who is who.

When her mother lets her in on a deep dark secret, the pieces of the puzzle start to come together, and Anastasia vows to give her own life to stop Chaos… if she has to.

My Thoughts (Contains Some Spoilers, Skip To “Favorite Scene”)

I liked this story. The plot was interesting and it kept me guessing. The pacing was smooth and steady, with a few plot twists that made me gasp. I enjoyed the world building, which is very important, especially in a fantasy novel where you want to feel connected to the characters. I am interested in continuing the series.

Several things made me cringe which affected my rating. For starters, Anastasia mentioned that her mother wasn’t educated, never went to college, and didn’t have a “real job”. However, her mother worked from home, doing medical billing and coding. That is a real job in my book, and it does require training. I found that off-putting.

Next, there were several grammatical errors and misspellings that were a bit distracting.

Also, YES I GET THAT STEVEN AND ANA ARE BEST FRIENDS, AND THAT THEY HAVE A HISTORY! It was reiterated to death. In chapter 11 there was some repeat introspection from Anastasia about her relationship with Steven, which was completely unnecessary, as it was already clear that 1.) yes he is gay, and 2.) yes her father approved of her friendship because he was gay. -(Things the reader learns early on.)

And what, were Steven and Ryan married on the way to the hospital in the ambulance, or what? I get that the reader needs to have a little imagination, but what the heck was that about? One minute there is a wedding brawl, and the next Ryan is riding in the ambulance because he is married to Steven and able to do so. When did they get married?! While he was unconscious?!

Equally important, what was up with the supposed domestic violence scene? Why was her father even let into that apartment? And as far as I comprehended, her father cornered her… how is that grounds for domestic violence? And that restraining order? When did she go to court for that? She didn’t. (I need real life things to be realistic.)

Last, the ending ends where the book began. -I’m not sure what to make of that. It wasn’t exactly a cliff hanger, like I was expecting since this novel is part of a series.

I do however want to continue this series, despite my few problems with book 1. I really did enjoy the story, and the theories about good and evil, auras and souls, and soul-mates. I liked that Ana has a “gift” to read people simply by touching them, and that her colleagues at The Agency have their own special “gifts” too. The astral projection aspect was a neat twist too.

Ana’s view from the bridge in her re-occuring dream.

Anastasia’s visits in the magical forest, and later on the bridge next to the pond. The author painted a beautiful, serene picture, and I could imagine myself there.

I enjoyed revisiting this place, vicariously, through Anastasia.

I would recommend The Rise Of Chaos, by AnnMarie Stone, to lovers of paranormal romance.

***In the interest of full disclosure, an ecopy of The Rise Of Chaos was provided to me in exchange for a fair, thoughtful, and honest book review. This is no way swayed my rating.

Interesting Facts About The Rise Of Chaos 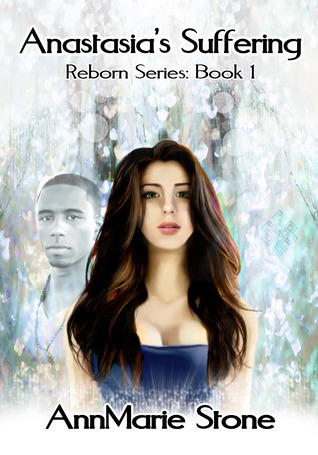 The Rise of Chaos was originally titled, Anastasia’s Suffering. Check out the original cover!

(I like the new cover better, and I think it is a more accurate depiction of the story.) 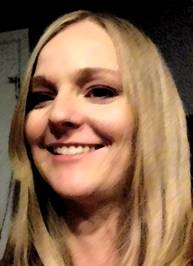 I was born and raised in Arizona and currently live in Phoenix. The heat can be difficult during the summer, but I try my best to spend most of my time during the hottest months indoors writing. I would love to travel someday and I hope that my writing will take me many places, and hopefully not just in my head. My favorite vacation spot right now is San Diego California, but my dream places to visit are all overseas. Although, since I have only seen a fraction of the United States, I would love to travel the nation someday as well. First on my bucket list however is to explore the historical landmarks in Greece and Italy, and the castles all over Europe.

Up until recently, I have spent most of my adult life in college and working in sales and customer service type positions, while also raising my two incredible kids and serving three years in the Army National Guard. Recently I decided to pursue my dream of becoming a published author and I have begun to work on my writing full time. I am currently working on my first book in an eight book series which I have titled Reborn. Writing for me has always seemed like an unattainable dream, but now I realize that some dreams are only unattainable if we do not attempt to reach them.

I completed my Master of Science in Psychology in the spring of 2013 and I have also taken some graduate courses in Ancient and Classical history. I believe that the knowledge I have gathered from my life experiences as well as my education has assisted me in creating some interesting and complex characters. I hope you enjoy getting to know them as much as I have. –Goodreads Author Bio

4 thoughts on “AWRW Book Review: The Rise Of Chaos, by AnnMarie Stone”