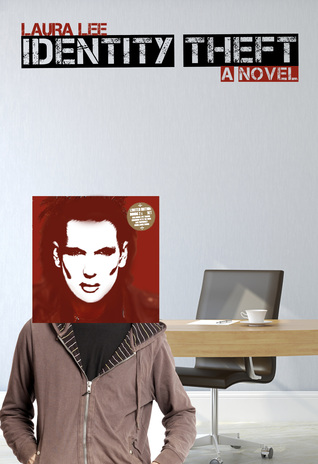 vris is being harassed by creditors. She has no idea how she got to this place in her life; in debt and living in the only house at a trailer park that is often mistook for a rental office. She wakes up every morning hoping her credit history will be stolen… but so far, no takers!

She loves music by 80’s rocker, Blast. When she listens to his music she almost forgets about the lay offs at her office job, and her capital one bill.

When Ollie isn’t busy performing for the masses as Blast, he is staying at random hotels and touring the country, never quite catching a break. He is stretched thin, and almost can’t believe it when he is served divorce papers. Unable to deal with the massive speculation by his fans over his impending divorce, he hands over his passwords for his social media to the new kid at the office, trusting him to post to his fans as “Blast”.

Ethan lives with his mother in her basement. When given the passwords for Blast’s account, Ethan feels like a superhero with a secret identity! When an attractive woman named Candi posts to Blast in a fan forum, Ethan takes the initiative to message her privately.

Candi can’t believe it… Blast is interested in her! She was starting to form a new image of herself; not as a powerless indebted office worker, but a sexy, fascinating, risk-taking woman! She resolves to keep her doubts to herself about their budding relationship, and enjoy it for what it is!

Ethan is in over his head, and he may not be able to swim out of this one!

Identity Theft reads like a psychological suspense. There is nothing predictable about this story, and all the twists and turns intrigued me and kept me turning the pages.

Identity Theft had me thinking WHAT IF? I could see how this scenario could play out in real life. I couldn’t imagine being caught up in the drama like Candi, Ethan, and Ollie were. This plot was so incredibly unique, and unlike anything I have read before.

Catfishing people online has been brought to everyone’s attention due to popular TV shows like MTV’s Catfish, and even Dr. Phil has jumped on board! People catfish others for all different reasons; love, financial gain, and fantasy.  Being a relatively new problem, I don’t think there are any laws against impersonating someone else on a computer. Which makes this story all the more interesting; it could really happen!

I loved the characters of Identity Theft. Ethan, although a impersonator, an impostor really, was still a sympathetic character. He truly believed he could make things right. He was operating on the notion of fantasy, believing he could emerge in this scenario as Candi’s knight in shining armor. Ethan thought he still had a chance with Candi. He couldn’t have possibly been more wrong.

And Candi, how could I not love Candi? Her communications with “Blast” online were a much needed distraction from her humdrum life. In some ways, it was good for her, (she was happy, and she lost weight,)… that was until reality came crashing down. Then things got bad, fast!

I enjoyed Ollie’s character too. He personified Rock Star on stage, but was a regular guy off stage, dealing with real problems. I’m glad the Author offered his POV throughout the story.

Secondary characters included Ethan’s friend Ale, and their hippy friend Sasha. They added to the story because they humanized Ethan, who otherwise may not have been a sympathetic, likable character.

When Candi met Blast for the first time before Ethan was able to intervene, I couldn’t breathe!!! I was seriously holding my breath as I was reading!

I can’t think of a person who wouldn’t enjoy Identity Theft, by Laura Lee! Teenagers and adults alike are fascinated by Catfish cases, (my evidence = Dr. Phil shows, and Catfish the TV show on MTV). So, if you enjoy psychological suspense, with a catfish twist, you would enjoy Identity Theft!

***In the interest of full disclosure, a complimentary copy of this novel was provided in exchange for a fair, thoughtful, and honest book review. This in no way swayed my rating. 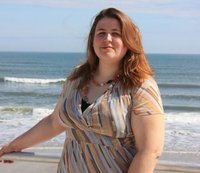 I am the author of more than a dozen books, the novel Angel, and numerous non-fiction titles including The Pocket Encyclopedia of Aggravation (Black Dog and Leventhal), now in its third printing and published in France under the title Le Dictionaire des Contrairites; Arlo, Alice and Anglicans (Berkshire House/W.W. Norton), which tells the story of the church made famous in Arlo Guthrie’s song and movie Alice’s Restaurant; The Name’s Familiar: Mr. Leotard, Barbie and Chef Boyardee (Pelican Publishing), a Book-of-the-Month Club alternate selection and its sequel The Name’s Familiar II; the 100 Most Dangerous Things in Life (Broadway Books/Random House), which was featured on Good Morning America and CNN’s American Morning; Blame it on the Rain (HarperCollins), The Elvis Impersonation Kit and A Child’s Introduction to Ballet (both Black Dog and Leventhal), Schadenfreude, Baby! (Lyons Press), and Broke is Beautiful (Running Press).

The San Francisco Chronicle has said of my work, “Lee’s dry, humorous tone makes her a charming companion… She has a penchant for wordplay that is irresistible.”