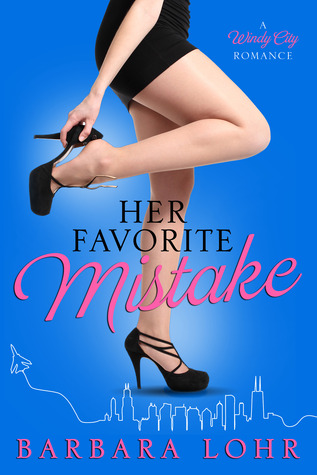 u make a mistake. Sometimes he’s hard to forget.

When Vanessa Randall appears on “Eye of the Tiger,” a popular reality TV show, she isn’t prepared to see her Vegas Hunky Hottie from four years earlier. She needs the Chicago Internet mogul’s help, but he’s the last man she wants back in her life.

Oh, Alex recognizes her all right. The long-legged brunette had called herself Vivien Leigh before slipping out before dawn. More than a little ticked off, he becomes Vanessa’s mentor to help her ramp up Randall’s Whipped Cream Cakes.

Revenge can be sweet.

When business becomes personal, things get complicated. He wasn’t counting on her toddler stealing his heart. His beach house on Lake Michigan doesn’t impress her. Will sand castles and cinnamon toast win her trust? No way in hell does he want to be her favorite mistake.

“I guess every woman has her favorite mistake.”

Vanessa and Jillian Randall nervously approach 5 entrepreneurs on a reality tv show, desperately hoping for backing for their family-owned bakery, Randall’s Whipped Cream Cakes. What Vanessa wasn’t expecting, was that one of those entrepreneurs was her “hunky hottie” from four years prior. A man she had a one night stand with, in Vegas.

“Eye of The Tiger had coughed up a woman who’d made him crazy for one night -then dumped him like a bad habit.”

Business becomes personal, and although Alex came for revenge, he finds himself enjoying time with Vanessa, (a woman he has come to respect), and her family, including her toddler boy.

“Life was complicated enough right now. Her family and business had to be her priorities.”

Alex makes it his mission to become more than just Vanessa’s favorite mistake.

Oh, it feels so wonderful to have read a HEA (happily-ever-after). That is one thing I have come to expect from Author Barbara Lohr, a happily ever after that will tug at your heart strings.

Her Favorite Mistake is a contemporary “windy city romance” with a strong family element, (which I love in a story). Whether it be siblings, parents, kids, grandparents, etc., it certainly adds to the character development of the main characters. And I like to get to know my characters! This story was actually multi-generational because it revolved around a family owned bakery.

Speaking of getting to know my characters, what was great about this novel was that it was told from both Vanessa and Alex’s point of view. The reader is never left in the dark about what the other character is thinking.

There were a few gasp worthy moments, and pleasant surprises that I did not expect that made me smile. Some stories are worth melting for, and Her Favorite Mistake is one of them.

If you enjoy family themed contemporary romance, I urge you to pick up Her Favorite Mistake, by Barbara Lohr. It can be purchased through Amazon by clicking, here!

***I was given an e-copy of Her Favorite Mistake by the Author’s publicist, in exchange for a fair, thoughtful, and honest book review.***

Barbara Lohr writes contemporary romance, both adult and young adult. A flair for fun and subtly sexy love scenes is her trademark. During her early career teaching writing and lit, she also wrote theater and book reviews for a newspaper. When her career broadened to advertising and marketing, her love of literature and writing remained.

Her Windy City Romance series launched in 2013 with “Her Favorite Mistake,” followed by “Her Favorite Honeymoon,” “Her Favorite Hot Doc” and the Prequel, “Finding Southern Comfort.” In her work, feisty women take on hunky heroes and life’s issues. Family often figures in her work. “Every woman who falls in love is influenced by her family, either positive or negative.” Chocolate is her favorite food group, and great food often figures in her novels. Barbara lives in the Midwest and the South with her hunky hero husband and a cat who insists he was Heathcliff in a former life. She invites readers to sign up for her newsletter onwww.BarbaraLohrAuthor.com.