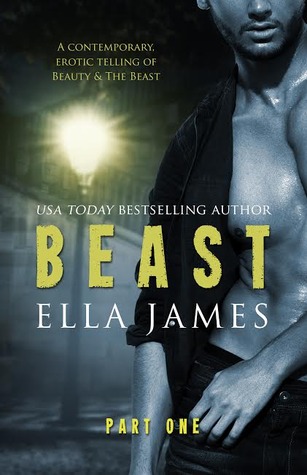 ROM HOLLYWOOD ROYALTY
At twenty-one years old, third-generation movie star Cal Hammond was on top of the world. He had more money than God and more women than any man could need. But when a night of debauchery ends in tragedy, he forfeits a life of luxury for a ten-year prison sentence at La Rosa, California’s most violent prison.

TO A BRUTAL BEAST
Eight years later, a ruthless, cunning man runs La Rosa from the inside. He is known simply as BEAST. All the wardens fear him. All the gangs obey him. He speaks to no one but his inner council. What he says is law.

NOW ONLY SHE CAN SAVE HIM
Annabelle Mitchell’s father is the warden at La Rosa. He deals as dirty as his trustees, and after years of smooth relations with Beast and the gangs he runs, Holt lands on the powerful prisoner’s hit list. That very afternoon, Annabelle pays a surprise visit to her father’s work, hoping to use her new counseling license at a place she thinks she could make a difference. When she catches Beast’s eye, he releases the warden and grabs the daughter. The price for the warden’s error is not death. It’s his precious Belle.

17 year old Annabelle attends a party with hopes of losing her virginity to her movie-star crush, Cal Hammond, also known as Ricardo. Her hopes of such fall flat, although they do meet. On her way home she is witness to a car wreck, and the victims are Cal and his friends.

Seven years later, she has some pretty serious PTSD from the incident. With a degree in mental health counseling, she wants to help people at the local prison where her father works. There she runs into Cal Hammond, aka Ricardo, now known only as Beast.

Annnnnd it gets pretty raunchy from there.

Annabelle’s Dad is indebted to Beast, but Beast is willing to let him pay off his debt, with his daughter’s body.

“You will be here every day. Ready to give me what I want. Ready to please me. I’ll please you, too, Angel… You’ll be my whore, Belle. You’ll be a killer’s slut. Are you willing to do that?”

And in the next installment we learn whether or not she takes him up on his offer.

But will I be reading the next installment? No, I’m afraid not… I really don’t want to know if she accepts his “offer” or not. -If you can even call it that. I get that she had a crush on him as a 17 yr old kid, but why would that carry over, seven years later when she is an adult woman? And why is it her responsibility to clear up her Dad’s debt?! All the men in this novel are f*cked!

I get that women like a dirty-talking, bad boy hero. But Beast holds no redeeming qualities. As a matter of fact, he is an asshole.

Should you give this book a try? Well, if you like erotica, dirty-talking bad boys, and novellas in general, you would probably enjoy this serial. I feel obligated to mention that Beast has a 4 star average on Amazon, with over 200 reviews. It just wasn’t MY cup of tea, but I really, truly did want to enjoy it!

I was given a copy of Beast, by Ella James in exchange for a fair, honest, and thoughtful book review.

You can read Beast for free by clicking, here.