Way Back Wednesday is a Book Meme created by A Well Read Woman with the aim to write mini book reviews on books read in the past, that left a lasting impression.

You know what kind of books I am talking about… The ones that you have read multiple times, and they still bring you nostalgia. Books like these are the reason you enjoy reading.

So grab that old-dusty-yet-loved-book off the shelf, glance it over, write a mini review, and j

oin in with me on Wednesdays!

EVERYONE is welcome to participate!

1.) Discuss a book you read in the past that left an impression on you. You can write a condensed review if you prefer.

2.) Tag your post as “Way Back Wednesday” and include this button:

4.) Include instructions, (copy & paste), for others to participate. 🙂

This week’s Way Back Wednesday post is dedicated to a controversial book titled, A Child Called “It”, by Dave Pelzer. 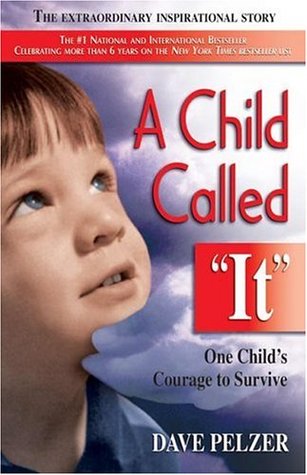 This book chronicles the unforgettable account of one of the most severe child abuse cases in California history. It is the story of Dave Pelzer, who was brutally beaten and starved by his emotionally unstable, alcoholic mother: a mother who played tortuous, unpredictable games–games that left him nearly dead. He had to learn how to play his mother’s games in order to survive because she no longer considered him a son, but a slave; and no longer a boy, but an “it.”

Dave’s bed was an old army cot in the basement, and his clothes were torn and raunchy. When his mother allowed him the luxury of food, it was nothing more than spoiled scraps that even the dogs refused to eat. The outside world knew nothing of his living nightmare. He had nothing or no one to turn to, but his dreams kept him alive–dreams of someone taking care of him, loving him and calling him their son.

Paperback, 184 pages
Published September 1st 1995 by Health Communications
Literary Awards: West Australian Young Readers’ Book Award (WAYRBA) for Older Readers (2005), Abraham Lincoln Award (2005)
Genre: Autobiography, Memoir, Psychology, Book Club, Social Issues, Controversial
“One child’s courage to survive.”
A Child Called “It” stirred my emotions to the extreme. There is so much controversy surrounding this book, that people will get into a fist fight with you if they have a differing opinion on whether or not this book is factual. I personally have mixed feelings as to whether or not Dave Pelzer really suffered the abuse that he claims he did.
There are statements in this book that seem impossible for anyone, let alone a child, to survive. I can recall one incident where he was locked in a bathroom (I believe), with a concoction of mixed bleach and ammonia, which created chlorine gas, and he was left to inhale the vapors as punishment. Anyone who has taken a basic chemistry class knows what that could do to the human body.
Forced to survive on excrement, and his own vomit, being stabbed in the stomach, force fed ammonia and bleach, ( not to mention the above when he was forced to inhale it), and other extreme forms of torture are detailed in A Child Called “It”.  How on earth could anyone, let alone a weak, starving, depressed child, survive that?
Another thing I find curious, is that the Author himself bought a ton of his own books to get himself on the top best seller lists…. If that isn’t sketchy, I don’t know what is!
If this man wasn’t abused, or his claims are exaggerated, I think this book is a slap in the face to anyone who did suffer from physical, emotional, and mental abuse, and neglect. However, someone who was abused may find comfort in A Child Called “It”, regardless.
I am not going to say he wasn’t abused, because only Dave Pelzer knows the truth.
Anyone with a general interest in societal issues, and psychology might want to check out this book, but I will warn readers… this book is not for the faint of heart.
Overall, an especially intriguing story, that will wrench your heart out of your chest.

Purchase A Child Called “It” 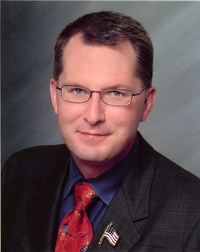 About The Author
http://www.davepelzer.com/
An author best known for his 1995 memoir of childhood abuse, A Child Called It.At the age of 12, Dave was removed from an abusive home and placed in a series of foster homes. In 1979, he joined the Air Force and later became an author of memoirs and self-improvement books.