In May 2000, Joel Smith is a cocky, adventurous young man who sees the world as his playground. But when the college senior, days from graduation, enters an abandoned Montana mine, he discovers the price of reckless curiosity.

He emerges in M

ay 1941 with a cell phone he can’t use, money he can’t spend, and little but his wits to guide his way. Stuck in the age of swing dancing and a peacetime draft, Joel begins a new life as the nation drifts toward war. With the help of his 21-year-old trailblazing grandmother and her friends, he finds his place in a world he knew only from movies and books.

But when an opportunity comes to return to the present, Joel must decide whether to leave his new love in the past or choose a course that will alter their lives forever.

THE MINE follows a humbled man through a critical time in history as he adjusts to new surroundings and wrestles with the knowledge of things to come.

“He entered his strange new world with angst, disbelief, and wonder.” 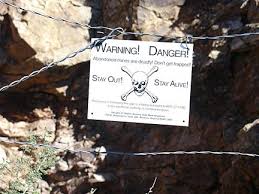 Joel Smith is a college student only three weeks away from graduation, when he goes on a road trip with his best friend Adam. On the way home, Joel gets the idea to explore an abandoned mine, with thoughts of gold and glory as an outcome. However, his outcome is very different… He walks out to different surroundings, in a different time period.
“He was without hope and ideas, a modern man mired in a not-so-modern time. He tried to maintain a tenuous hold on what was left of his sanity.” Joel is living on the streets, homeless, penniless, and confused. When he notices a fight break out, Joel steps in and saves the victim from his victor. This was a very wise move, because this action leads him to getting a place to live, and a job.
The victim is Tom Carter, his future grandmother’s boyfriend! Now he is afraid of what may happen. After all, he doesn’t want to meddle with his own existence!
Through Tom and his future grandmother Ginny, he meets Grace who he begins a romantic relationship with. Joel has to make a tough choice, to stay in 1941 with the love of his life, or return to the present, and avoid the war that he knew was about to happen…
The Mine, by John A. Heldt, is a time travel/romance that pulls you in and doesn’t let go, much like the mine pulled Joel in. I absolutely loved the characters, and found the story that Heldt created to be extremely unique and interesting. The happily-ever-after will leave you SPEECHLESS.
I would recommend this novel to both lovers of science fiction, and romance… and of course to people who enjoy the idea of time travel!
What I Loved:
Dynamic, believable characters.
Dialogue was true to both 1941, and 2000.
A love story that withstood time and place.
The main and secondary characters.
What I Disliked:
The plot slowed down in the middle, but significantly picked back up towards the end.
That it ended! 😉 I was sad to put this book down, which thus ended the adventures of Joel Smith.

***I was given a copy of The Mine, from the Author in exchange for a thoughtful, honest, and fair book review.
Purchase here.
Add to your Goodreads TBR Pile, here.
About The Author:

“John A. Heldt is the author of the critically acclaimed Northwest Passage series. The former reference librarian and award-winning sportswriter has loved getting subjects and verbs to agree since writing book reports on baseball heroes in grade school. A graduate of the University of Oregon and the University of Iowa, Heldt is an avid fisherman, sports fan, home brewer, and reader of thrillers and historical fiction. When not sending contemporary characters to the not-so-distant past, he weighs in on literature and life at johnheldt.blogspot.com.”
–Goodreads Author Bio

One thought on “AWRW Book Review: The Mine, by John A. Heldt”