In the summer of 2025, Lydia’s grandfather sent her a strange diamond pendant admonishing her to handle it with utmost care. From the moment that she receives the small package, her life changes.

She becomes engulfed in a series of life-threatening events that lead her to realize the incredible properties of the pendant. Slowly she learns that the diamond contains an alien intelligence able to communicate directly with the human brain.

Rumors of its powers spread, the Mafia designs a Machiavellian plot to seize the extraterrestrial gem, whose value is estimated at $ 100 billion. An unprecedented confrontation occurs between mercenaries hired by the Mafia and American security services. As rumors continue to grow, the American authorities are forced to release stunning revelations about the life and mission of the alien genius to the peoples and nations of the world. The news throws the scientific world into turmoil. Economic and political ideologies are brought into question and religious beliefs are shaken.

But the Mafia wants to have the last say: confrontation is inevitable.

This science fiction novel addresses questions relevant to a growing number of readers. Recent discoveries in astrophysics suggest that there is a large number of exoplanets likely to contain liquid water and a breathable atmosphere able to contribute to the emergence of life. If aliens exist, are they scientifically and technologically ahead of Earth by thousands, millions or even billions of years? If so, have they already colonized or visited Earth? How could they overcome intergalactic distances given the limitations inherent in the barrier provided by the speed of light? Is it possible that aliens have been present on earth for billions of years? If so, what form would they take? Can they communicate with us?

If the answers to these questions are positive, how would humans react when informed of these facts via a large television news chain? What would your own answers be after reading “The Amazing Crystal”? 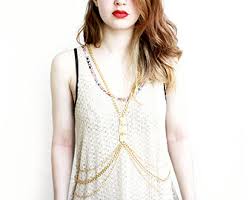 AWRW Book Review:
Shy, sweet and unassuming Lydia Grand-Maison leads a quiet life. That is until she receives a pendant, and two USB keys containing over 30 years of physics research, in the mail from her Grandfather. Also attached, a strange note which concerns Lydia over her grandfather’s mental health…
Lydia makes a trip to visit her Grandfather, and he instructs her to immediately deposit the items he sent her in a safe place. Pierre Grand-Maison’s research group is in grave danger, and Lydia’s life is about to take an unexpected turn…
Lydia finds herself abducted by the Mafia and forced to comply with their demands. Every subversive group has Lydia in their sights; the mafia, terrorists, dictatorships and religious sects. Lydia’s inner turmoil, fear, and panic takes over her brain. Yesterday, she was a simple woman going on about her life, and today Lydia is a wanted woman… She wears around her neck the most coveted secret in the world…
Lydia finds her voice, and even love, as she catches everyone off guard with four revelations delivered by an extraterrestrial intelligence, who communicates with her through an amazing crystal. The fifth revelation however, is a secret between herself, the crystal, and Lydia’s lover…
The Amazing Crystal, by Gerald Lizee is a science fiction that takes place in 2015. It explores issues related to extraterrestrial intelligence, the theory of evolution, a utopian dream of humanity at peace with itself, and the Andromeda galaxy. If any of these themes intrigue you, then I suggest you check out this book.
Science fiction is sometimes hard for me to get into. Detailed scientific theories on elementary particles, etc, makes me fall asleep. It ceases to be enjoyable for me when there is too much scientific detail, hence why I’m not the biggest fan of science fiction as a genre. However, I understand that some people eat that right up. If you are one of those people, again, you might enjoy this book!
The idea of the story itself, a young woman who inherits a coveted crystal, and has to be protected at all costs from every bad group in the world, finds love, and gains self esteem, was such a great idea. I couldn’t pass it up. However, I was disappointed with the chapter, or “episode” headings, as they told what was about to happen before you could read it yourself. For instance, “Episode 54: Frank’s Tricks to Control Cryst,” was pretty self explanatory of what I was about to read. I would highly suggest the Author to be a bit more vague with his future chapter headings. To paraphrase Mr. Steven King, ‘All good writing doesn’t give up its secrets all at once!’ 😉
I am giving The Amazing Crystal, by Gerald Lizee 3 out of 5 Stars.

***I received a copy of The Amazing Crystal by the Author in exchange for a fair, honest, and thoughtful review.

About the Author:
Born in Montreal, Gérald Lizée built a career in physics and in information technologies. Having obtained a degree in theoretical physics from the Université Laval, he taught in several universities and Community colleges in Quebec before moving to information technologies. Today, he is president of his own firm, Cyberconcept, which provides consulting services in information technologies and notably commercializes his writings in science fiction. This book, the first volume of a trilogy of intergalactic adventures, describes the psychosocial impacts of an extraterrestrial presence on Earth.
Contact: g.lizee@sympatico.ca