Remi Jean Hart lives in Dove Creek, a town where legends come to life. A town where a supernatural crossroads settled itself, many years ago. A group of people formed a militia to protect themselves, and the blissfully ignorant residents. The residents go about normally with their lives, as Remi and a group of people named the Amasai protect and avenge.

When unnaturally powered people seemingly come out of nowhere, Remi and the rest of Amasai wonder, who are they, and what do they want from us? What they didn’t know, was that their line of work has just become more dangerous than ever before, and all hell is about to break loose.

As Remi goes to battle with demons, vampires, and supernatural beings, she struggles with the anniversary of her husband’s death, (by supernatural forces), two romantic interests, and the decision to finally tell her brother the truth about their family, and the town’s supernatural secret. As she faces down the enemy, she has to choose between heroism and revenge…

For starters, I really liked Remi as a protagonist. She was a kick-butt heroine who didn’t take anyone’s crap! 🙂 All of the characters are very like-able, but I wanted to mention Remi specifically, since the story is centered around her.  I like a strong female lead in a story, and Remi Hart definitely fits the bill!

I was happy that this story had a strong family theme. I expect to see Remi and her brother Dylan to grow closer in the next book in the series. I look forward to that.

Without revealing too much, the Author made a wise decision with how she ended the story. –I will leave it at that.

I think Once Broken can appeal to a wide audience. There is a little bit of everything supernatural featured, horror, romance, action and even a bit of erotica! Speaking of action, this story was paced well and will leave you hanging at the edge of your seat! I remained eager to turn the page throughout! LOTS of action packed battle scenes!

Judging by Once Broken, The Dove Creek Chronicles promises to be an excellent series! I look forward to book 2 in the series! H. Anne Henry has a new fan!

***I received an e-copy of Once Broken: Book 1 of The Dove Creek Chronicles, in exchange for a fair and honest review. 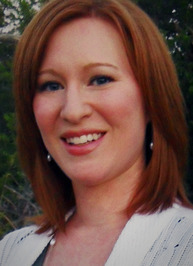 Anne is the author of the brand new DOVE CREEK CHRONICLES series. A native of north Texas, she draws inspiration from the flat and windswept landscape for many of the locales described in her books. When she isn’t busy pecking away at a story, Anne spends her time chasing a busy husband and loving a spirited toddler . . . Or is that the other way around? She can also be found reading whatever she can get her hands on, trying out the latest recipe she found on Pinterest, or scoping out the newest comic book-based movie.

Anne invites you to connect with her at www.hannehenry.com for more info and updates.

2 thoughts on “AWRW Book Review: Once Broken, Book I of The Dove Creek Chronicles, by Author H. Anne Henry”